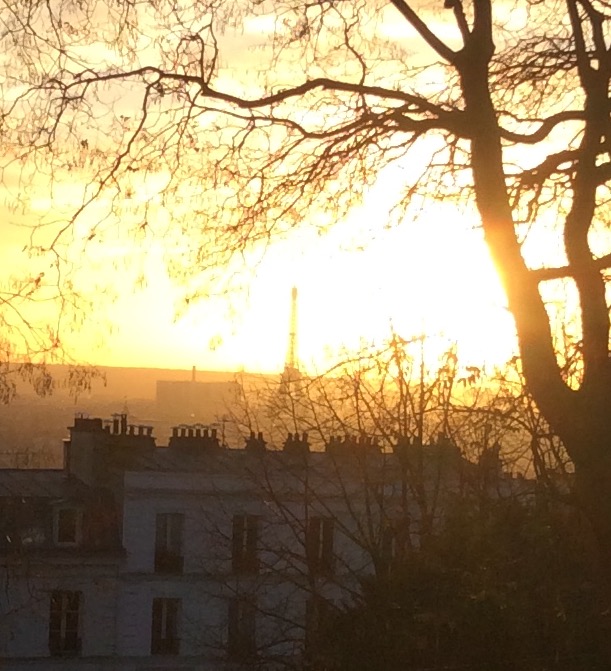 I’m somewhere outside of Strasbourg on a train. Typing at about six words a minute and 296km/hour. Who says men can’t multitask? Paris is behind me. I am glad I went. In all I did three gigs, the final one last night at le Connetable making sense of the entire leg. The venue was the stone cellar of a corner bar and restaurant. I played entirely unplugged, the acoustics in the room were gorgeous. I had a full house, two encores, and I really had a blast. I recorded the gig only to discover afterwards that the battery had died 12 seconds into the gig. So it will have to live on in my fragile memory.

It is not news to any of you that Paris is beautiful. I walked at least 10 km each day. To get to wak around Paris in this moment in history is something that will stay with me. Armed soldiers by Sacre Coeur. Fruit sellers. Tourists. At least a dozen cobblers. Storied streets. Graffitti. Smokers. The weight of history, distant and recent. The river. The cemetery. Mopeds. Coffee. A thousand buidlings that would be the jewel of any other town.  David Bowie on the cover of Le Monde. David Bowie coming out of cafe’s, supermarkets and passing cars. David Bowie everywhere. All seem to combine as glorious fuck you to terrorism. 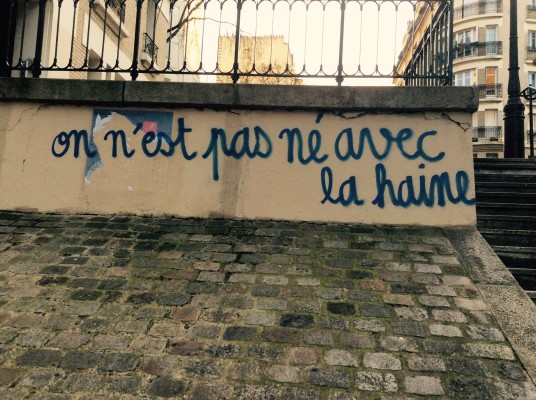 It is very unusual for me to have four nights in one place. It was great to have time during the day to catch up with some old friends. Most of whom I hadn’t seen in at least five years. Condensing many years into a lunch, leads to the kind of coversations that reveal as much about ourselves to ourselves, as about each other. Yesterday in particular felt like gift of a day. I am tired but grateful. Tonight I play a house concert in Stuttgart.