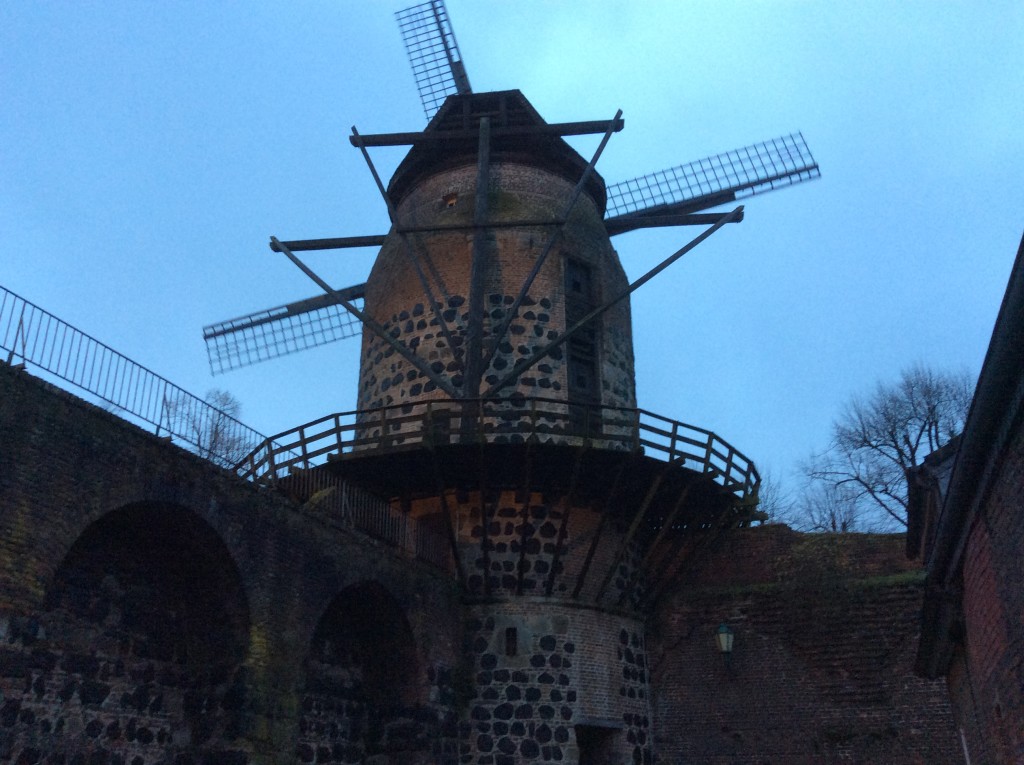 I’m back on the train with heavy eyelids and a happy heart. Last night I played, I think my best gig of the tour so far at Mel and Ulf’s house concert in Niederkassel, just outside Cologne. They’ve been instrumental in helping make this tour work. They’ve also been to a load of the gigs already. So I was applying ferocious pressure on myself all day long to make this gig in their home, great.

Friday night, I played the Haldern Pop Bar. Haldern Pop is also a record label, a record shop and a huge festival. Chances are your favourite band has played the festival at some point. It was inspirational to see just how small the town is in contrast to how massive the festival has become. It really is a testament to those behind it. Again, the welcome and hospitality was great. I finished my last post as I was settling into the green room. Well, I was later joined at a candlelit dinner in the green room ( Are you taking notes New York?) by the sound engineer, Johnny Collins and Stefan Reichmann. Stefan is the CEO of the festival, the record label, the venue and the store. When asked what I wanted for dinner I said something with vegetables, and was treated to a platter of mushrooms, spinach, potatoes, broccoli and green beans. Beers were replenished, wine and whiskey was offered (and declined, I’ve got a gig to do fella) and much banter was had.

Stefan, it became immediately apparent, loves music. It was hard to keep up and hold onto the tails of his tales. From what I gathered, Stefan was just back from a friend’s birthday party in Switzerland with Michael Eavis ( the guy who runs and owns Glastonbury) the head of Cooking Vinyl and some more music festival head honchos. They’d had a no work no cell phones at the table break together. I also learned that Low Anthem had stayed in the venue for 3 nights on a recent tour and played a free gig at the bar as a thank you. That Paul Weller treats his band and crew really well and is managed by his father. It was the kind of dinner that felt like a scene from that recent Coen brother’s movie, where the would be folk hero, is given a chance to impress the big whigs. I know there is nothing less charming than being seen to be trying to impress, so I do a lot more listening than talking and quickly forget about the weight of the keys of possibilities that Stefan holds, and instead enjoy his love for music and his stories. And the pile of vegetables.

After dinner he simply must play a few of his favourite songs for me. He does it with the same enthusiasm that myself and my friends did as teenagers. He brings me to his office and plays some unreleased tracks from some of his labels acts as well as track by 4AD’s ‘Daughter’. It is all a bit surreal. Here I am, in the office of the festival, with decades of posters which are basically a “Best of” list from each year, lining the walls. Here I am in town about the size of Riverstown, Glanmire, in yer man’s office listening to some songs he loves. The new Loney Dear song, Stefan worries might change things completely when it becomes a hit. He’s not joking. It is a very good song.

The gig is beautiful. One of those ones, where when I come downstairs, I am left wondering, where the fuck did all these people come from? Earlier, I saw literally nobody on the streets and the now the venue is full. It is clear that people trust Stefan’s booking. I felt I played really well. The audience seemed somewhat charmed with my by now, appalling German.  Contrary to what logic might suggest, I think my German is getting worse. They sang and laughed, and were pin drop quiet where I needed them to be. I got two encores. Zugabe, is now definitely my favourite German word. Later Stefan told me I was a welcome anytime. Though he did bamboozle me a bit by saying I had a beautiful lazy voice. Which is it boy, beautiful or lazy? I’m not entirely certain what he meant. I will endeavour to believe the beautiful part and assume the lazy part was lost in translation. Self esteem must be proteced at all costs.

Myself and John hung out for a bit, I drank few more delicious dark beers, feeling slightly sensible for steadfastly refusing the bar tenders pleas that I drink an “Embryo”, some strange looking, no doubt, poor life choice inducing shot. An Embryo, Germany you provide me with great financial and egotistical sustenance, please let me help you with a few simple marketing tip: I love you, but I will never drink your embryo. Never.

After the Haldern gig we headed back to Rheinterassen Collins, John and Andrea’s restuarant in Rees. I fell asleep in my bed in the attic. An attic full of imported Transformers, model tanks and aeroplanes. Not before sending Clare a text message that made no sense to her, and even less to me when I reread it the next morning.  Saturday morning I am disappointed to learn that merely not drinking the embryo alone, does not a sensible boy make. I have finally disproved my long touted claim that you can’t get a hangover from German beer. My friends, I humbly accept, you can.

The Johnny Mobile to Mel and Ulf’s House Concert

The Plan, with a capital P, has been co-hatched with John and Ulf, John a West Cork Musician, Ulf a German Military man), was that I would take the train to the tram, to the bus for Saturday’s gig. Mel had meticulously typed every last detail of each step of this journey for me. However, my delicate Saturday self is greeted with the tremendous news that John is going to drive to the Cologne. This is the single best thing I could have heard in this moment. Followed perhaps by news of world peace or a cure for cancer, or Donald Trump pulling  off his mask and admitting  that the joke has gone too far. John’s driving me, means many things. Primarily, that I don’t have to think. It also means that we will inevitably take some sort of historical tour.

History and hangovers are good companions. A sore head doesn’t mean a thing when confronted with the weight of wars, reformations, empires, and shifting rivers. Did you know the Rhine has considerably changed its course over time? Our own detour to the town of Zons, which was a customs town on the river Rhine in the 1300’s is fascinating for many reasons. Not least of all that, with the river’s changing course the former customs town is now on the opposites side of the river. That my friends is taking tax evasion to impressive extremes. I joke with John that his van is like the DeLorean in ‘Back to the Future’, I get in it and am never fully sure what century we are going to get out in. 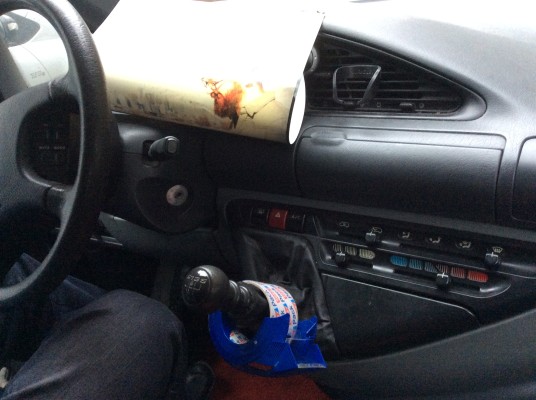 Tape on the gear stick – with John Collins PR.

John has told Mel and Ulf that we will be there at “six ish”. Which we all know means sometme after 6pm, hopefully not 7pm. And sure enough, having travelled from 2016 to the 1300’s we get back to 2016 and arrive at Mel and Ulf’s house at 7pm. The room is fully set up, some of my dirty clothes have been washed and folded. I have time to give Clare a quick skype call before the gig. She shows me that the news reports of snow in New York are true, and there’s a truly incredible amount of snow out there. I am glad to miss it but also feel a bit bad to not be able to help out with the chores and inconveniences it brings.

The gig starts at 9pm. I am determined to do a great gig. These people have been so good to me. I am also conscious that they have seen me a number of times already on this tour so I do a few new songs and a few very old songs tonight too. It’s a definite victory. Ulf even joins me on ‘Work with Pigs’ at the end.

And then because Mel and Ulf simply cannot, not do everything to make my life easier, Ulf drops me off at the train station and practically puts me on the train. A- ha get played on the radio on the way. “Take on me”, is still a truly great pop song.