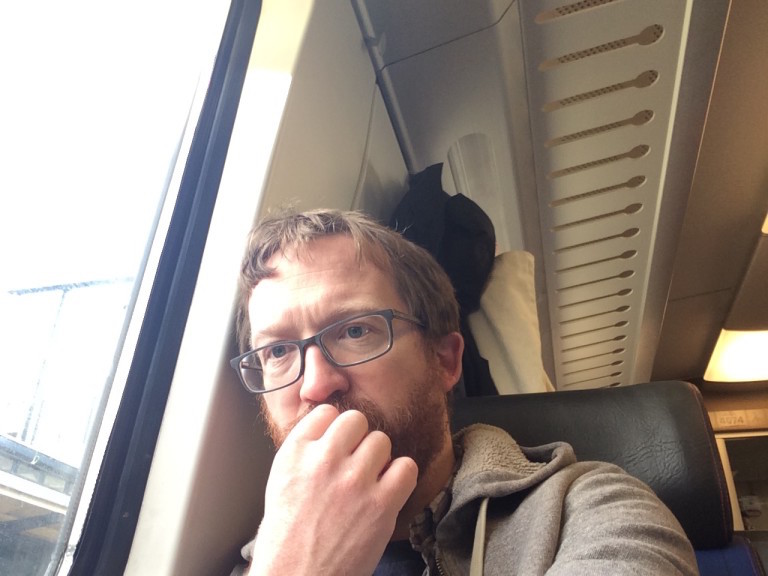 Train from Groningen to Rotterdam

Here I am again, typing as the lowlands fly by my window. I am very tired today. I had to leave earlier than I imagined and could use some more sleep. Otherwise, I am feeling good and feeling grateful.

View from train, the Netherlands.

In the Port of Amsterdam

I had my first night of in a fortnight on Monday night. In Amsterdam. Rock and roll. I spent it chatting on the couch with my old friend Cathy and her 6 year old, Evan. Named after Dando. I kid you not. Her 3 year old was sleeping so it was a quiet chat.

Beforehand I got a good stroll around town. Amsterdam is a city of contradictions. Open drug use and prostitution, sit alongside healthy rule abiding, good looking, tall people on bicycles. Bajillions of bicycles.

I saw a good public health warning that read simply . “ Really, are you so rich and so stupid that you want o buy fake crack on the street”. No sir, I am am not. 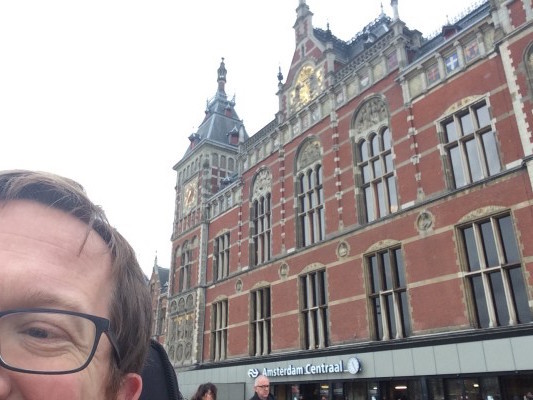 Last night’s gig at O’Ceallaigh in Groningen was very enjoyable. I played here when‘Songs from a Corner’ came out, my first international tour way back in 2001. Back then I slept in the attic above the bar. At the time,I had shoulder length hair and a taste for the Netherland’s liberal smoking regulations. Fourteen years later, a comparatively well groomed, non smoking, version of me, is back. These days, I sleep in their house. 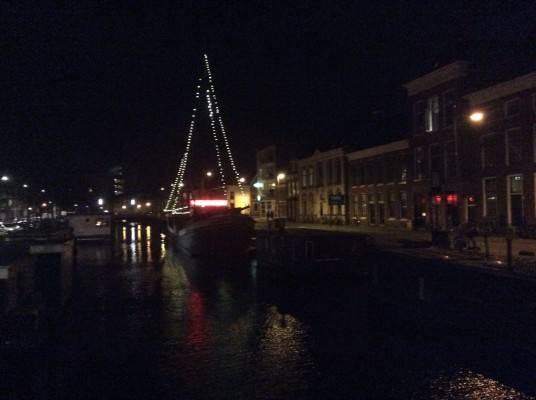 I love Groningen, I have been here probably at least a dozen times over the years. I arrived way too early. I walked along the cobblestone streets, over the drawbridge to the town square. Hoping the the fish sandwich trucks would still be there. I treated myself to a 3 euro Broodje Makreel, you can guess what that is, and wandered round for a bit. It has always seemed to me that Groningen has more record shops than any city of its size. I was very pleasantly surprised to see that all the ones I remember were still open. Every possible combination and format of David Bowie records filling their windows.

The Revenant / A Series of Unfortunate Events

Realising I was early I decided I deserved another few hours in a comfortable warm chair in the dark, with someone else’s thoughts. I bought a ticket at the Pathé cinema. Some very friendly staff offered to take my bags. The cloak room charge, no “did you pack this bag yourself, sir?”

I resisted the temptation to have a beer with my movie, the whole, not doing it, “just cos you can”, thing being animportant and ongoing lesson. Seven euro for two beers?! I mean they even sell them in pairs,  because that’s how long a film is. Anyway, I have a coffee and water instead, which centilitre for centilitre, ounce for ounce, is far more expensive than the beer. I went to see The Revenant, knowing nothing at all about it and basing my decision entirely on the fact that it was on here and now. Plus that it was long enough for me to go directly to the venue afterwards.

I would say that it has complicated my love for bears. Though I didn’t see any mention of it in the credits, I am unconvinced that it was not inspired by those children’s books, “ A Series of Unfortunate Events”. Still, I emptied my head into it, I enjoyed it, and it passed the time. I still love bears.

I dropped my bags off at the venue had a hearty stew and took another good walk around Grongingen’s canals and side streets. I think I might have found the seed of a song on my walk, and because I know almost nobody here, I wandered around shamelessly, well almost shamelessly, quietly singing it to myself. We’ll see if the seed takes.

The gig last night was good fun. The crowd were attentive and up for my mix of mostly stupid jokes and mostly sincere songs. My friend Donal Tully was there with his friend Jakob. I butchered ‘Tomorrow on the Train’, but I think I managed the rest of Donal’s requests, some of which were a real test for my memory. It felt thoroughly worthwhile and I sold some CDs.

After the gig I went back to Peter and Effe’s and had a great sleep under a very familiar bridge. 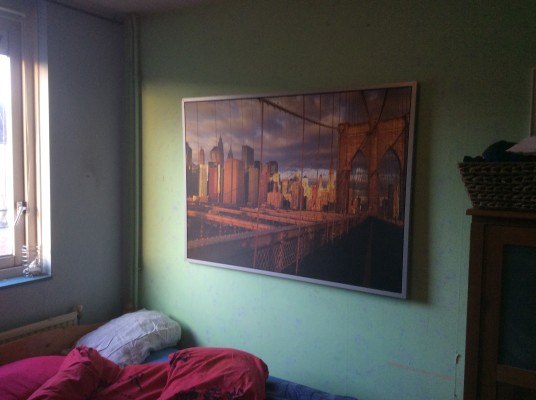 I am bombarded by kindness. Again, I am bowled over by their hospitality.  We went to bed about 3am and when I got up 5 and ½ hours later , Effe had a cooked breakfast and coffee ready for me.

I hope I still know how to fend for myself when the need arises.