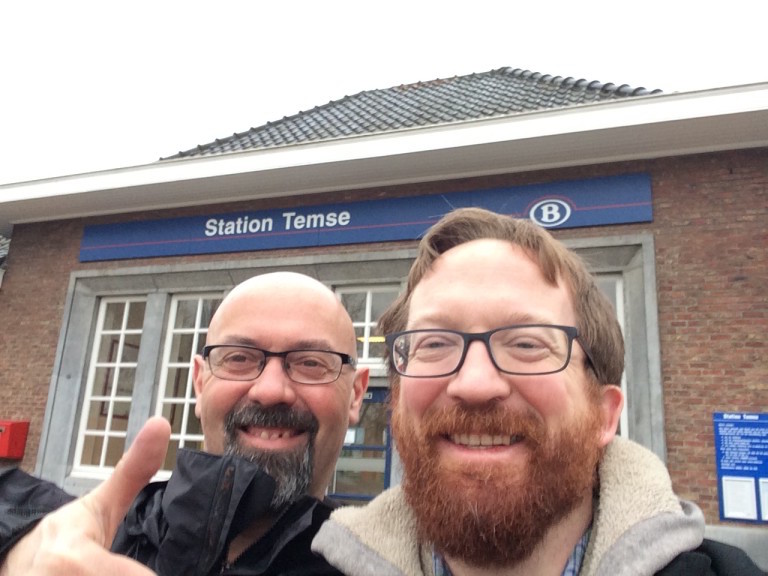 Have you been to Rupelmonde? I have. Five times. It is one of those towns I never would have heard of if it wasn’t for music. Some of my most repeated stories are inspired by strange nights in Rupelmonde. My friend Bert used to run a great club there called T’Guildenhuis. Sadly, it closed its doors, or had them closed, last year. Thankfully Bert is still booking bands.

Bert is now living in small row house behind a door in a wall. That is to say, what appears to be the door to house, is actually the door to an alley, a small garden and a row of tiny houses. They would have at one time housed the shipbuilders in Rupelmonde. (Just like, my old apartment in Fort Greene, Brooklyn would one time have had workers from the nearby Brooklyn navy yard.) His house is great and I can’t help but wonder how progress has robbed us of so much character in some modern housing 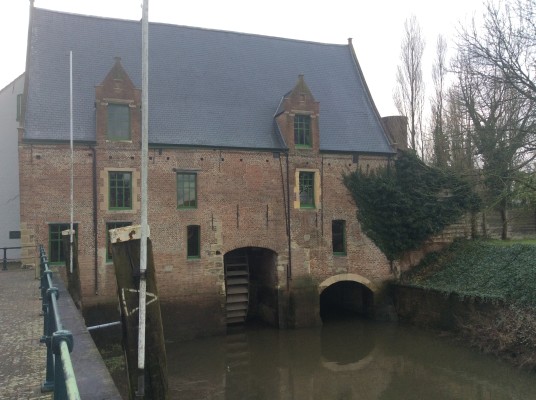 Wednesday night I played at the Cafe where Bert works. It is owned by a friendly Moroccan Belgian former boxer. They are not normally open on a Wednesday, but Bert has done a really great job promoting the gig and we hada great turn out. A table of talkers in the very front were a bit difficult but otherwise the gig was very good. I met my friend Justin Stanford’s sister, Ireen and her husband, Erik afterwards. It was good to have someone to hang out with for a while afterwards. Erik is a musician too, and because of that we had a load of mutual friends.

Magic Nights in the Lobby Bar

Thursday morning, Bert’s neighbour Andre called round for chat and few glasses of wine. He used to be a cook in the Merchant navy and I was delighted to see him pour another glass for himself and pour story after story for me. Most of these I am uncomfortable putting in writing but I will tell you in the dim light of the bar after a gig sometime soon. Suffice to say when I said, “You must have seen an awful lot of the world”, he replied, “I saw a lot of bars. And a lot of girls”.

He also said they were stuck in a town in Brazil for a month once. They were so popular for the business that they brought to the local bars, that when it finally came time to leave, the Mayor lead a farewell party for them on the pier.
Again, for the best stories, ask me in person.

Andre cooked us an amazing dinner and plenty more stories. I only half jokingly asked Bert if we could skip my gig and stay and listen to stories. 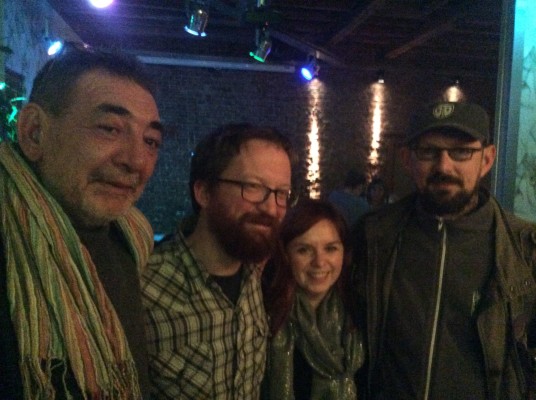 With Andre The Story Giant, Ireen and Erik in Rupelmonde.

The gig itself was bizarre. A young fella at the beginning asked if I was the Irish Michael Jackson. “Yes”, seemed the fastest way out of that conversation. Meanwhile another guy’s applause was accompanied by shouts of “Up the Irish, Padraigh Pearse” between songs. His thick Flemish accent making this particularly peculiar. That was the gig, I did my best, I enjoyed it, I sold some CDs.

Friday morning Andre knocks on the door in his dressing gown and returns Bert’s DVD “Brave Little Belgium”, announcing the title and disappearing. Bert is researching for a project about his  grand  uncle who was killed at the end of World War 1. Hard to imagine that that was really only 100 years ago.

Andre the Giant of Stories. Bert the Gent of Rupelmonde. Onward to Liege.