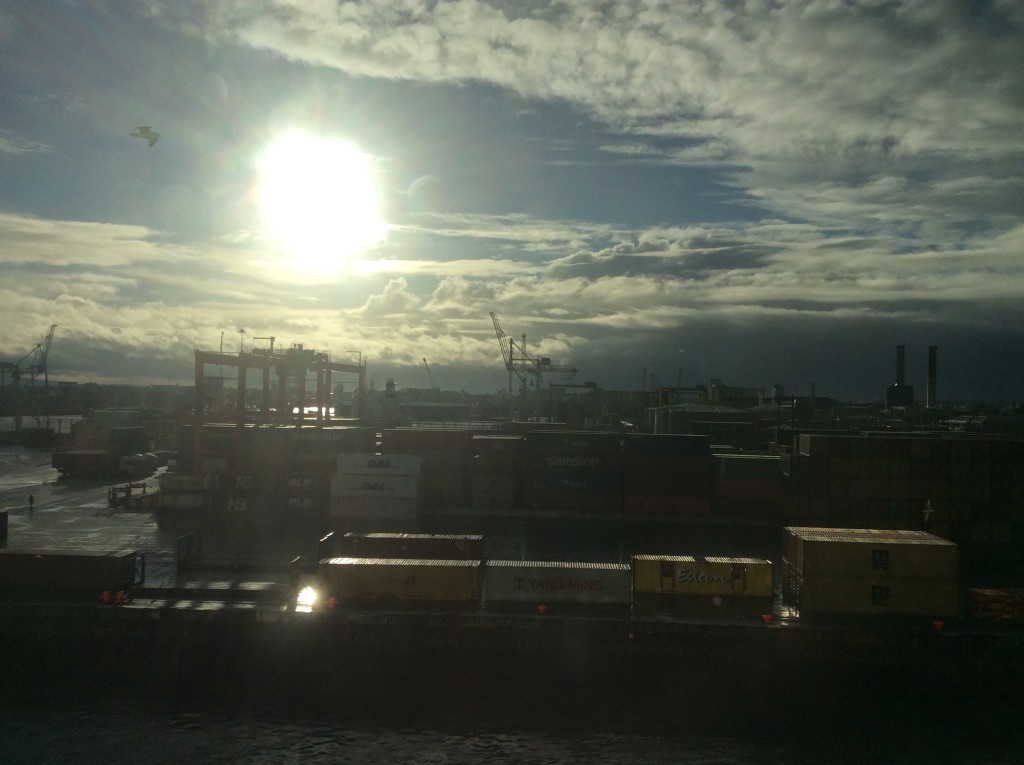 The Rolling Stones in Cuba. The aftermath of the Brussels attacks. Our reaction to terrorism determines its failure or success.

The train from Oxford, to the boat to Dublin, to the train to Cork 7.40am, March 26th

Lovely house concert in Oxford last night. A very comfortable, and comforting way to finish the UK leg of the tour. This was my third time playing a house concert for Emma and Jan’s Music Inn series. Each time it has been in a different house. First in Glasgow with the entire band in 2010 on the ‘Brother, the Fight is Fixed’ tour, then in 2013 on the ‘Sound’ tour, also in Oxford. This is my first time I am playing in a house they bought last year. Jan gave me a wonderfully generous introduction, saying that it felt like a housewarming of sorts to have me there, seeing as I had played in previous places they lived. A lovely feature of their house concerts being that they always cook up a pot or two of delicious soup. Last night, the vegetarian option was a lentil, carrot, onion, tomato, paprika soup, and the meat eater option was a chicken and chorizo. Again, in the interest of accurate reportage, I had both. Emma, said perhaps they’d do a little cook book of ‘Music Inn Soup Recipes’, god, i’d love if they did.

Not counting the unborn inside their mothers, last night I had my youngest audience member ever, as far as I know. Young Rosie, aged 1 month. Only a little older than this leg of the tour. She was tiny, sleepy and cute and barely made a sound throughout the gig. Her father Stephen told me she’s a Belle and Sebastian fan, often sleeping to “If you are feeling Sinister”. Me too Rosie, me too. That’s a great record.

When I was called back for an encore, and I gave the fairly unoriginal quip about going backstage and coming back out, I learned that Emma is an expert on encores. She did a thesis on encores. Mine would be filed as a deconstructed encore.  I expected to encounter some good intellectuals in Oxford. I wasn’t disappointed

Sometimes before playing ‘I Picked Stones’, I ask the crowd to tell me their worst job ever. Last night I had what is certainly the leading contender for” best worst job ever “. Nicky in the front row told me she once had a job castrating Alpacas. (Unpacking Alapacas?! )Apparently they make very strange humming sounds at the best of times.

Nicky and her Finnish husband Nicholas were lovely and I had fascinating, terrifying chat with them afterwards about the food industry. As more and more of our income is spent on housing the demand for cheap food has rocketed. Our lack of awareness or interest in where our food comes has grown in tandem.

Did you know, for example, that the average supermarket chicken is just 36 days old? I learned that and lot of other fun facts that are frankly, going to be hard to forget.

On the train to Wales

Some day of travel. It is wet and miserable outside. Headphones on.

Looking forward. I just passed this town in Wales. How do you fit that on your driver’s licence? Or learn to spell your address as a child? 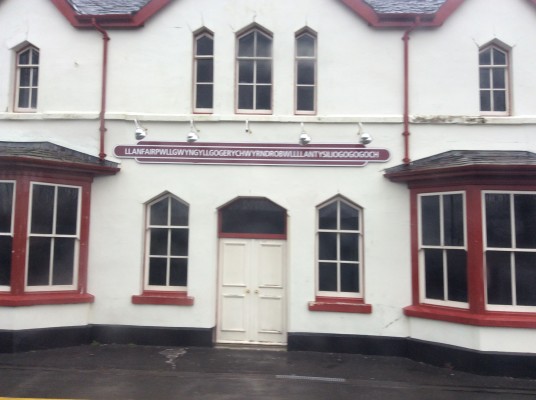 Reminds me of that joke about the fella, who goes into fast food place in a small town with a long name in Wales.

Says he: “Excuse, me this is quite embarassing, but could please tell me, very slowly, how do I pronounce the name of this place?”.

Tom Waits – Chicago “All Aboaaaaaard”
Chris Michael – A Child is a Child ( I prefer this to my version!)
Kesang Marstrand – The Choir Sighed

Pity it is so rainy for the ferry crossing.

Stepping onto the boat, I felt a real sense of excitement to be heading to Ireland. Easter Saturday , 2016, the centenary of the rising. The water is a bit on the rougher side. Trying to trick my stomach into behaving.