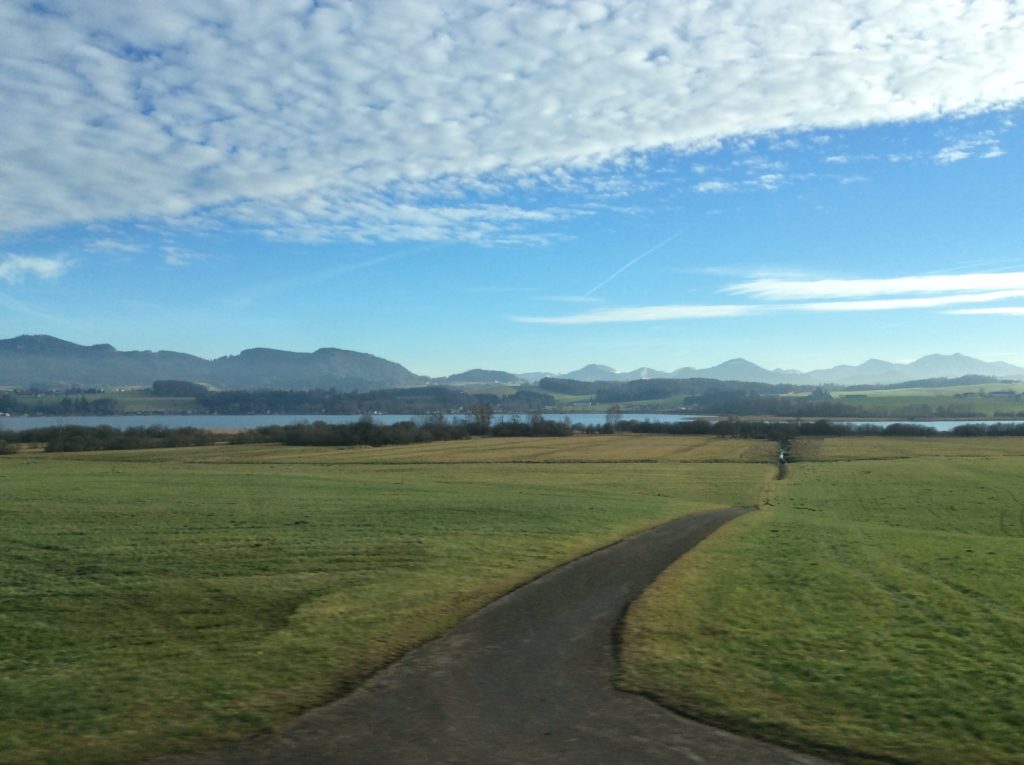 I arrived back in Munich at 13.27, precisely as Deutsche Bahn predicted. I’ve been walking around the old town since. A bright winter’s day the temperature finally dipped a little so I’ve just sat down to .5L Dunkles Bier in Hofbräuhaus. HofBräuhaus is a big old massive German beer hall complete with uniformed staff, carrying arms full of beer or baskets of pretzels. In 16th century Bavaria, beer was considered a fundamental food. In 1516 a brewing order for all of Bavaria was issued by Duke Wilhelm IV. This was the first food law in the world. I’ve been vaguely aware of all of this for a half a lifetime. The specifics are on the back of my menu. I smell pork. I hear a brass band in one ear. In the other a somewhat elderly, somewhat drunk American. “I may beee schlighlty impaaaared. What time are we goiiiiing to Viennnah?” The overall surround sound is a din of chat in countless languages, the clinking of glasses, the rustling of coins, reverberating around me.

Tonight I am playing at Eine Welt Haus. I am awaiting news from Paul Solecki. Our man in Munich. He will provide the details of my mission. 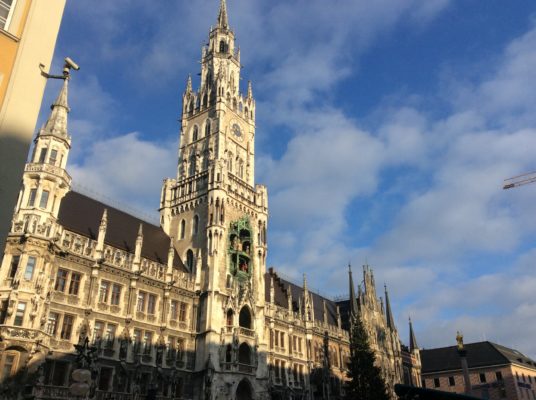 Munich in the Winter Sun

Stuttgart – Yesterday and the Day Before

My friend Olli and his wife Claudia met me off the train in Stuttgart Hauptbahnhof on Saturday. We jumped on the 42 bus, wound our up the hill out of the center of town to Maria und Sebastian’s house. I played here in January. They are all sound and their house is gorgeous. It is a no shoes house. I am glad I have clean socks. A no shoe gig in the latter stages of a tour might be less charming. Apparently the Christmas markets and the omnipresence of Glühwein ( mulled wine) had claimed a few casualties from those expected tonight. Them’s the breaks and I am in no position to judge such mishaps. An Israeli woman named Anat with a Amy Winehouse hairdo asked some question from the floor. I answered them best I could. My brother’s childhood friend Terry was there too. There was talk of politics. There was a joke about a man and a horse. The gig was good, the chat before and after was great.

I neeed to change my strings.

On Sunday I slept as late as I could without feeling like a total Arschloch. I was sleeping in Olli’s living room. Even allowing for jet lag and Olli’s never ending capacity for generosity, eventually there comes a point where one realises you are filling someone’s day off and their living room. When I did finally surface, I was met with a fine breakfast of Swiss cheeses, boiled eggs and dried meats. Olli’s wife Claudia is a doctor in Switzerland. They are constantly back and forth between Germany and Switzerland. Their cheese collection and their itinerant musician guest benefit greatly from this arrangement. Breakfast was followed by more chat, some guitar playing, some youtubing of Prince and Tom Petty playing ‘While My Guitar Gently Weeps ‘ and ‘ Patti Smith at the Nobel Prize ceremony. We picked up the PA from Maria and Sebastian’s place and arranged to meet them later at the Finnish section of Stuttgart’s Christmas market. Here in a Yurt like tent, by a woodburning stove we had a Glühwein and some delicious woodsmoked salmon. The salmon was smoked before our eyes in the market. Four wooden walls, each wall with two full salmon pegged to them, stood perpendicular to surround a wood fire. Maybe one meter above the fire was an iron lid.

I was already hugely impressed. 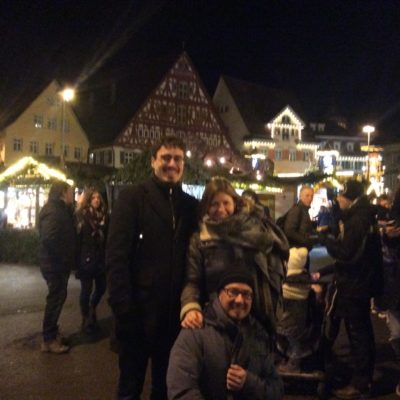 Then Maria asked about Christmas markets in US. I said we have a lot of similar items for sale but in my experience not so much open flames and no outdoor alcohol. “Plth, then how is it a Christmas Market?” said Sebastian.

“Do you also have the medieval markets?” “We do not.”

So off we went to the S-Bahn train to the nearby town of Esslingen. Less than 15 minutes from Stuttgart, Esslingen has a well preserved Medieval section to the town. We passed through some Christmas markets, similarly stocked to Stuttgart, with candles, lamp shades, sausages, mulled wine and wooden figurines, then we entered the Medieval section.

I’ve been travelling for decades. I’m prone to being cynical. This was great.

Some sort of strange droning music. Open flames. People in Medieval garb. Weaving baskets. Drinking wine. A theatrical production. A man spinning in an endless cicle with multicoloured tapestries. Hot baths on the side of the street. Tudor style buildings. History towering above. The smell of meat and wine and coffee and spices. Games. Involving live mice. And axe throwing. And slingshots. I drank a Cardamom coffee in an Alibaba tent. 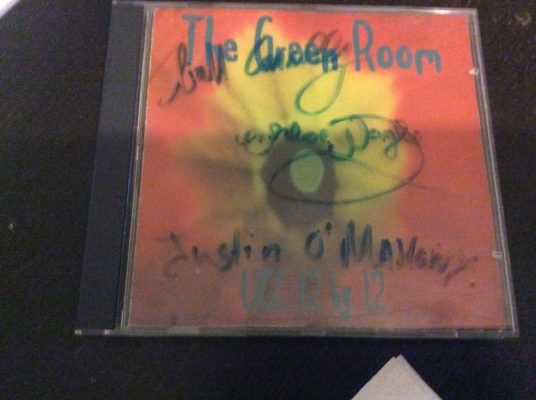 Well I am definitely not in Brooklyn now.

I suggested to my hosts that I didn’t think the open flames, open carrying of alcohol, the axe throwing, let alone the combination of all of the above would be allowed in the US. The response: “But you can buy a gun in Walmart?”

Winter blue sky. Snow on the Alps. Approaching the border? Naked trees and evergreens. We are toy train passing through toy towns. I am a lego man with all of my bits. And collectors edition accessories. Miniature horses grazing. Farm sheds and long shadows at edge of a forest of fir trees. Orange roofs on whitewashed walls in the valley below. This is beautiful. This is part of music’s reward for sleep deprivation and economic trials. In the shade the grass surrenders to the frost. In the sun it is slowly waking up and attempting to stand. Two steeples in a small town square. Solid houses. Shutters on the windows. A bench beneath a lone wolf tree in an otherwise cleared field.

We have been swallowed by a fog.

Last night I played a short set as the featured act at Eine Welt Haus open mic. Some familiar faces and songs even from the last time. I also helped Paul Solecki run the bar at the beginning of the night. I’m gonna post this now as I want to get back to looking out the window. 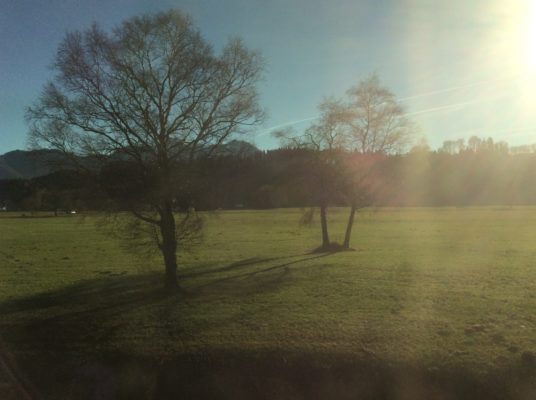