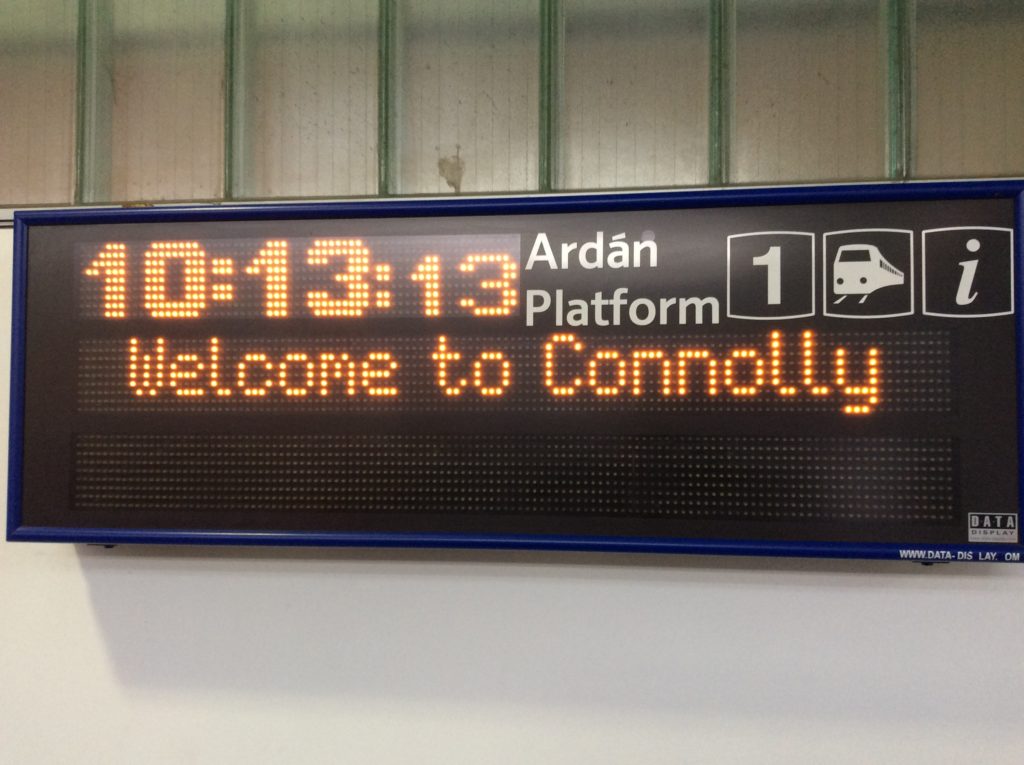 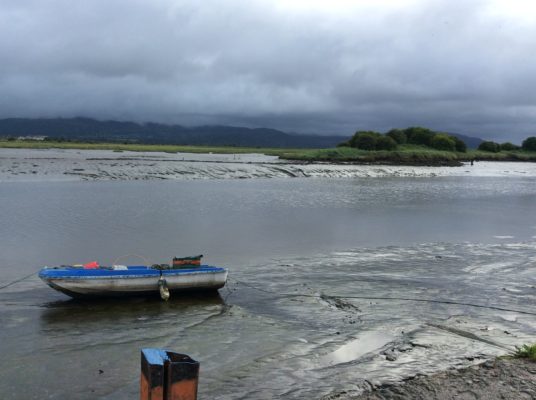 Outside the Spirit Store this morning – Idyllic aside from the wailing siren.

After two short train rides from Bangor I arrived into Dundalk about 5.30pm yesterday.  Tired  but in good form.  I took a taxi to the Spirit Store with a very friendly Nigerian taxi driver who told me that he loves the Spirit Store because they don’t treat him any differently there and that racism is alive and well in Ireland in 2016. According to Taxi driver Paul people will frequently walk by him to get in a car with a white driver instead. Ah…we’re very cosmopolitan, we have racism in Ireland now too. I would hate to be a taxi driver. I would be bad at all parts of that job.

Kristen Ford opened the gig last night. Originally from Western Mass and now based in Nashville, this is her first Irish tour. She is well worth catching. I also invited my friend Ben Reel up for a song. Got to bed a bit later than I hope but I made it to the station on time. Not before accidentally setting off the alarm at the Spirit Store. Sorry about that.

Bouncing along on the train to Cork now, I can’t wait for the gig tonight at Coughlan’s. There are only a handful of tickets left, if you plan on coming please get them…now! 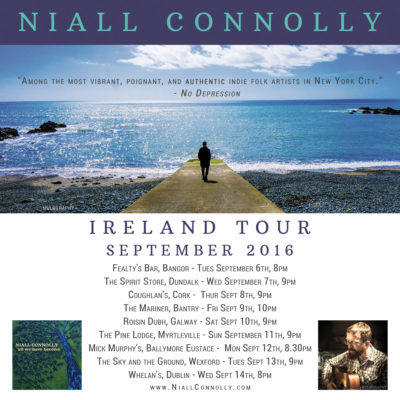