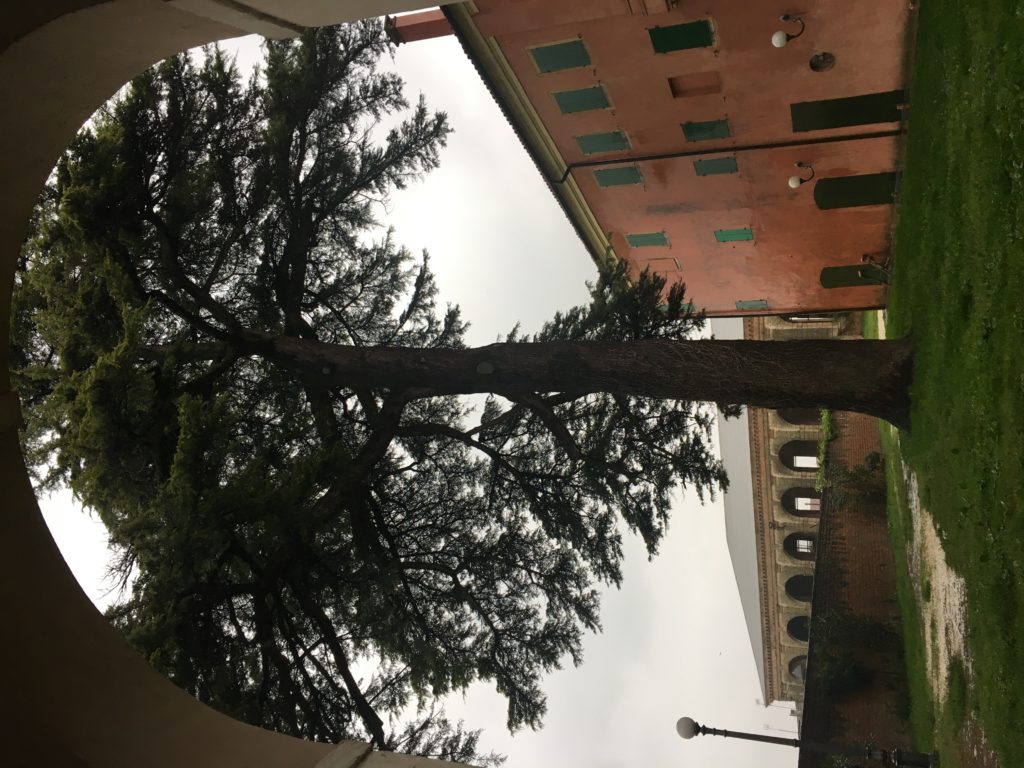 They tell me it didn’t rain in the North of Italy for sixty days. Until I arrived. It has been raining almost constantly since. Italian farmers, you are welcome. Aside from the damp, all is going well so far. I’m feeling well rested, well fed, well treated and inspired. Italy is every bit as beautiful as I imagined it would be.

I took a train yesterday from Verona to Padova, 1 hour and twenty minutes and less than 8 euro on the regional train. Snow capped mountains, farmland, industry, farmland, towns, suburb, city. At the train station. In Padova two young African immigrants with bikes held the tour to the lift and helped me in. I noticed one of them was wearing sandals. I was cold in my boots. We chatted briefly when I apologized for not speaking Italian they introduced themselves as being from Niger and Ivory Coast. They were all smiles and helpful. I couldn’t help but wonder if they’d taken the treacherous overland and overseas route from Africa to Italy.

Andrea’s friend Alessandro met me at the train station and became my tour guide for the next several hours around Padova. I saw a part of the old university, one of the oldest in the world, students have been coming there from all over Europe since the first century. Alessandro pointed out, “Imagine, you are student in Poland, first you have to know this University exists, then you have to get there, then you have to study in Latin.” I saw Galileo’s desk. I saw young Italian students racing past Galileo’s desk to get to today’s class. I saw a fully operational 15th century clock, complete with today’s date and lunar calendar. I saw multiple magnificent town squares. I had a spritz and tramezzini. I saw a lot ham and cheese. I definitely considered being an international cheese and ham smuggler.

In one of the larger squares pointing out the details of the countless statues enveloping a moat that surrounds the center of the square Alessandro commented, “All of this for beauty, not for money, not for any function, for beauty.”

All of this for beauty. Indeed.

Later Alessandro brought me back to meet his family where we ate the finest pizza I’ve ever eaten.

Later, later he dropped me to my lodgings. Andrea had told me I was staying in a hostel. Hotel la Corte is definitely not a hostel. The place was beautiful. I had a private room en suite ( with three beds) in a 16th century building. I asked Alessandro what the inscription outside the door meant : “Magazzeno Legna Da Fuoco”, he told me it is like Warehouse for the firewood. It was much cosier than a hostel. And much cosier than any warehouse or firewood shed I’ve been in before.

Before hitting the hay, I had a pint with Alessandro at the improbably named Cockney London Pub down the road. Andrea had told me to call in as I would probably play there the next time. Indeed after a brief chat with the gregarious owner, Amerigo, insisted that I play there on my next Italian tour.

I will certainly try.