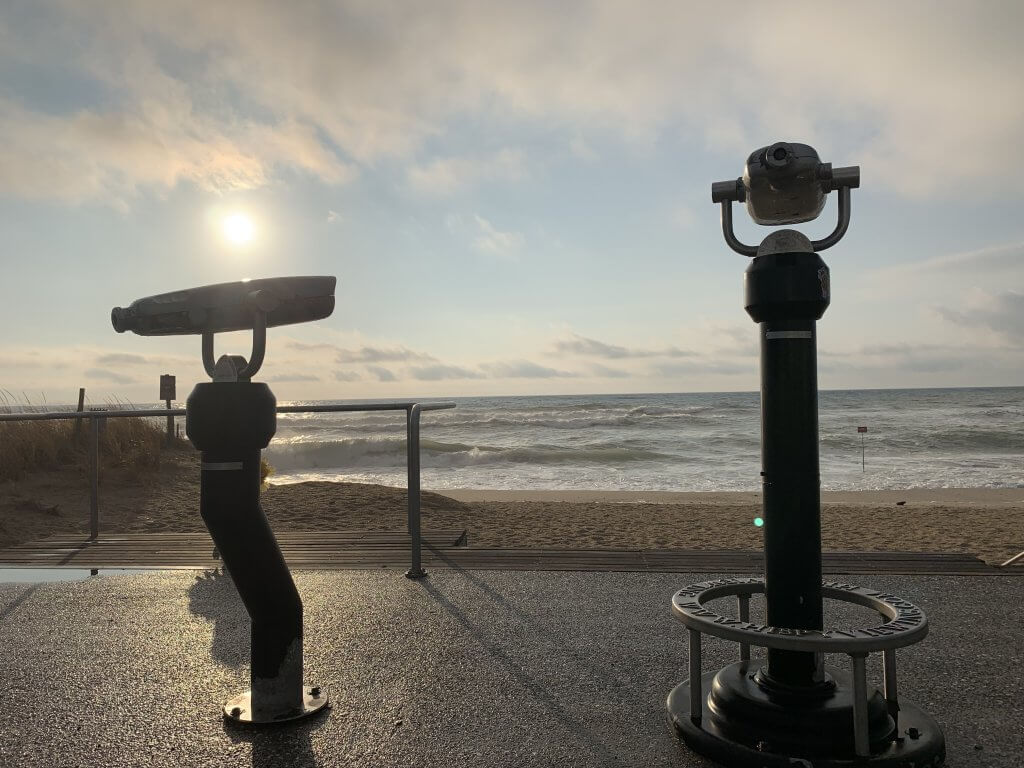 Have you ever apologised by saying, “Sorry, I thought your stuff was trash”?

I took a short walk on the beach this morning. Shorter than usual. As I do most mornings, I picked up some rubbish while walking. I saw a plastic bag about 30 feet away. I went to pick it up and put it in the trash. Just as i got to it realised it had someone’s stuff in it. I realised this at precisely the same moment that that someone saw me approaching their bag. I heard a gutteral primeval roar rolling in over the waves. That someone was in that moment surfing. Presumably feeling very centered and at one with the universe until he saw this someone coming over to steal his bag.

I was a boy scout till about aged 11. A good few years but insufficient time to know the international sign for “It’s okay I’m not stealing your bag, I just thought your possessions were rubbish and I was going to responsibly dispose of them so the fish and birds don’t choke.” Having failed in this attempt I stood there awkwardly as the previously chiller than the December sea, surfer frantically, angrily and, in truth, very, very slowly made his way towards the shore. I waited. And waited. And waited. Thinking, well, this is insufferably awkward but if I leave he is going to be convinced I was trying to steal it.

Eventually he pulled himself and his board ashore. I approached him and sheepishly yelled my explanation. Have you ever sheepishly yelled over the wind and the waves? Also, somewhat awkward. He had a wet suit over his ears. So I got to do that part twice. An Australian accent not at all sheepishly yelled, “I though ya were stealing ma shit, mate”, “I know you did , I wasn’t, I mistook it for trash.”