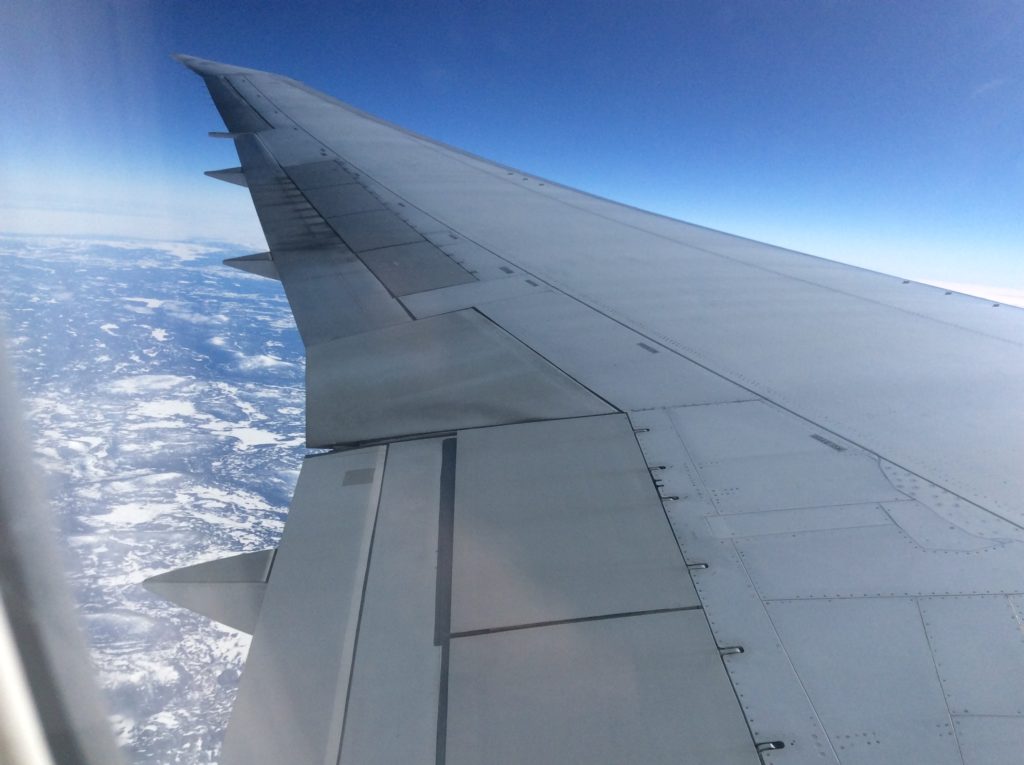 Feb 21st, 2017 – On the plane Munich to Atlanta to NYC
A  long day of travel. 10 and half hours from Munich to Atlanta. Two and half hour wait. Two hour flight. I am tired. Excited to be nearly home.
Last night I played at Eine Welt Haus in Munich. My friend Paul Solecki oganised the gig and he did a great job promoting it. A full house in a far away town on a Monday night. I had played as a featured performer at the open mic Paul runs in Munich on two previous occasions but this was my first full gig. It felt like progress to have such a great crowd. Viennese singer Annaka opened the night. She had seen me in Vienna last year at the Vienna Songwriter circle and had asked Paul if she could do a short set beforehand. Paul did two songs too. I enjoyed my few hours in Munich with Paul and his family too.Paul treated me to a really, really great and healthy lunch at Cafe Ignaz und Tochter. I ate a lot of vegetables and inhaled some espresso while Paul’s 2 and half year old daughter, the happiest human I’ve yet encountered, bounced off the walls.  Having previously showed me Munich’s wonderfully odd Michael Jackson tribute, this time round Paul took me to see the surfers on the Eisbach river. Well worth a look if you are into weirdness on the edge of town. 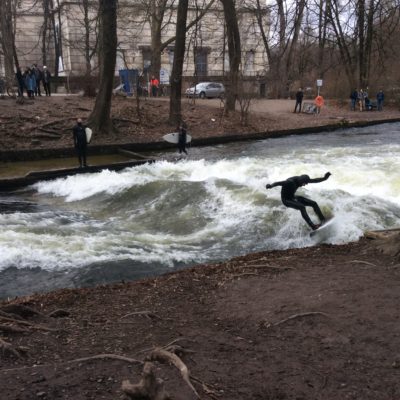 Feb 22nd, 2018 – Rockaway, NY
The additional ‘S’ in the headline was a mistake, one that I found mildly entertaining so I’ve left it.  I am back in New York. Safe and sound and happy.  Thanks to everyone who made this tour so easy and enjoyable for me. I can honestly say I would love to play all of these rooms again. I’m going to forget someone crucial here.
Merci, Vielen Dank, Dank U Wel, Go raibh maith agaibh:
Brian, Julie and Leo in Liege, Mieke and Jos in Ghent, Peter and Evie in Groningen, Annie in Mehr, George and all the staff in Culucu in Kleve, Reiner and Susanna for the house concert, Nina for the other house concert, Reiner and Sylvie in Hamminkeln, Paul in Munich. Mac, Guido, Mel and Ulf and John for the booking,  driving and the chats. Ron Diva, Annika and Paul for opening performances. Everyone who came out to each of the performances and helped me continue to do what I do.
An especially huge thanks to John and Andrea Collins at Rheinterassen Rees for hosting me yet again and for all your help throughout the years. 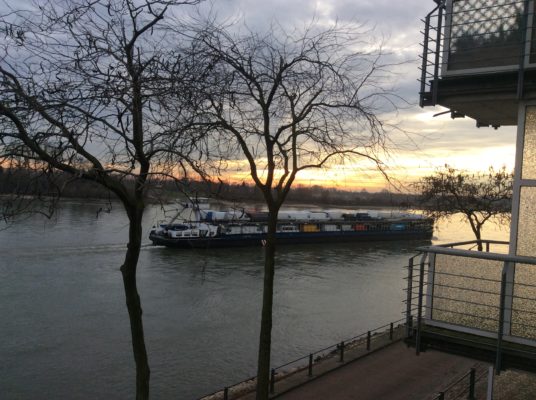 Cargo of cars floating on the Rhine.