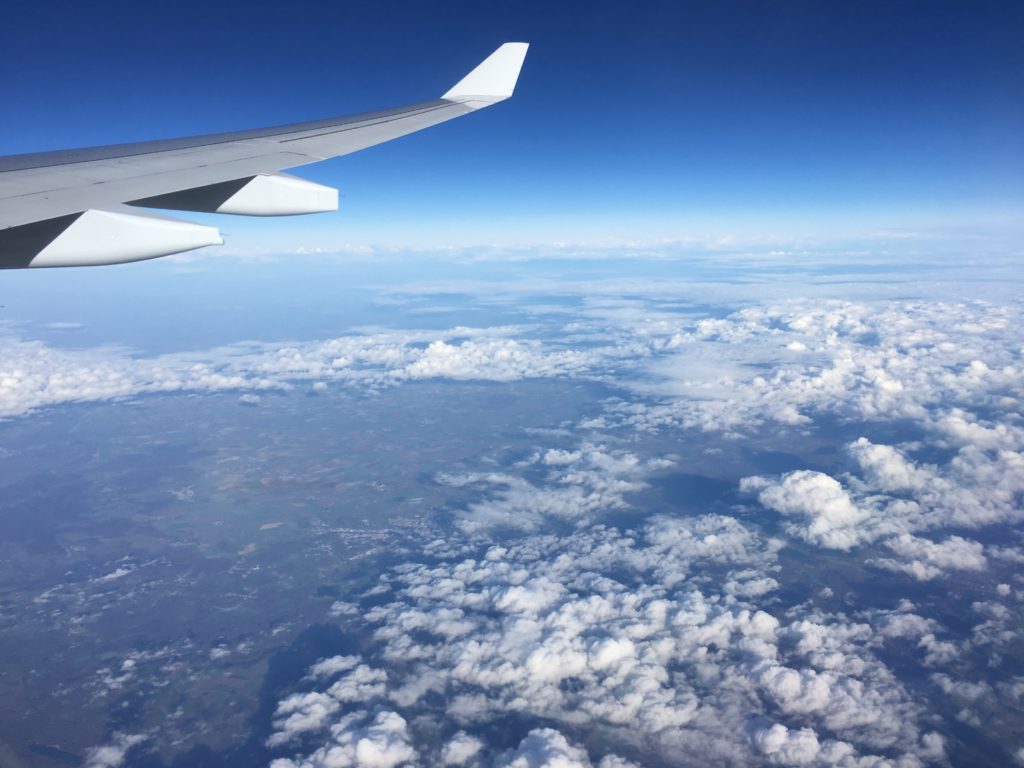 Train from Dusseldorf to Frankfurt, Sunday November 26th 6.21am

Two young men are drunkenly walking themselves to a standstill in the wrong direction on an escalator at Dusseldorf’s main train station. They are pretending to check boarding passes of people walking in the more traditional direction. One of them has a broken thumb. His left thumb. They could be a Beckett play. Maybe they are. 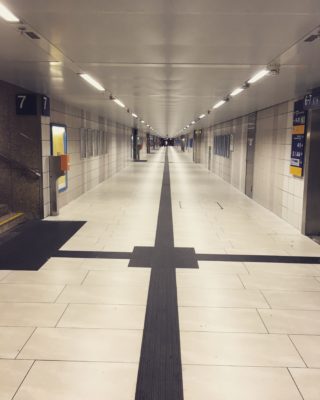 I have had one hour and twenty minutes sleep.

I am not unamused by any of this.

John Collins dropped me to the station at Empel Rees before 4am this morning. “John, I’d like to get a taxi so you can sleep.” “If you get a taxi instead of taking a lift from me, I’ll drive behind the taxi and drag you off the train.”
I’d call that a solid offer. 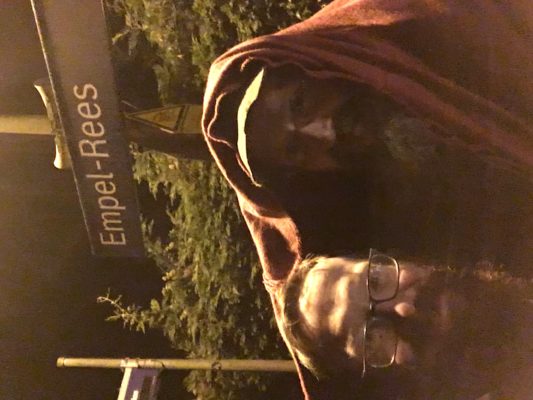 It would appear to be Sunday morning.

Wednesday night I played a very enjoyable set at John and Andrea’s place, Rheinterassen Collins in the small town of Rees. Their place is something of a home away from home for me. It is right on the banks of the river rhine. Or the river Rhein. Or both. At night sleeping in the attic room, I’m lulled to sleep by the sound of the river, the hum of the barges and the wind and on the roof. It reminds me of sleeping in Crosshaven. I’d been feeling sick since I got on the bus in Vienna last week but I started to feel much better in Rees. I ate a delicious Schnitzel buffet. I slept. I chatted with John. I ate some more. I slept some more.

Thursday night I played at an 18th century church in Mehr. Friday night I played at 17th century church in Moyland. Proving once again that time is not linear. After the gig on Saturday John suggested we go to the Buena Reese Music Club where there might be an opportunity for me to play some more. I wasn’t really feeling it and felt like I might be imposing. Yet, that’s what we did, after the gig at the 17th century at the church we went to the club next door to the casino on the outskirts of town. Someone asked the owner to ask me to play. He handed me a beer and set up the sound. He handed me a guitar. I played an impromptu session at Buena Reese Music Club. I was joined by a couple of percussionists. One of them was playing a banana shaker. The place went nuts. They passed the hat for me. I made more at that impromptu session than I might at a pass the hat gig in New York City. I am not sure if I ever laughed so much on stage. It was another classic example of my doubting John Collins and him being absolutely right. Saturday morning I played at a French Cafe in the German town of Dingden. Saturday night I played at Ramirez in Schermbeck.

Those are the places I’ve been. Now I am on a train. A lot of other things happened too. We met a group of Schalke 04 football fans. They had come back from 4-0 to secure a draw against Dortmund. They said they’d come to the gig. I was glad they didn’t. Theirs was a different shaped joy. Stories and scenes, sounds and sights from the last few weeks will percolate for sometime.

One hour and twenty minutes sleep is infinitely better than no sleep. Now that I’ve proven to myself that time isn’t linear I look forward to telling 20 year old me to go to bed. 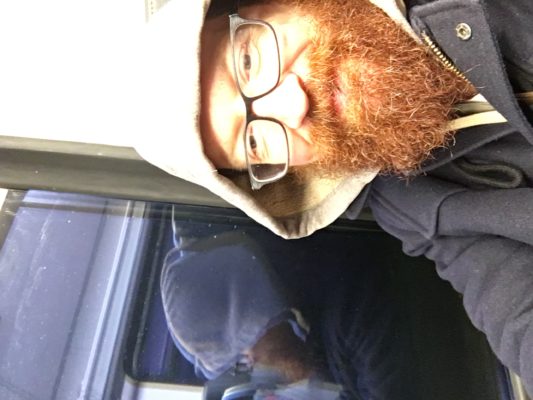 Two hours thirty seven minutes after our scheduled departure time, we are sitting on the runway at Charlotte. This happened already a few hours ago. We disembarked. Waited around for an hour or so and got on this plane. Now this plane is grounded by air traffic control in JFK. I’m doing my best to take this in my stride but it has been 21 hours since I left John and Andrea’s place in Rees.

It took a total of 25 hours to get home but I’m back in Brooklyn now, I’ll be performing at Harefield Road, in Williamsburg tomorrow night Wednesday and hosting Big City Folk Song Club at Fawkner on Thursday night.

Thanks also to Nelson the Eastern car service driver who at the start of the tour reminded me:
“You have the best job in the world. You get to play music and travel the world.”
You are dead right, Nelson, I am very lucky.