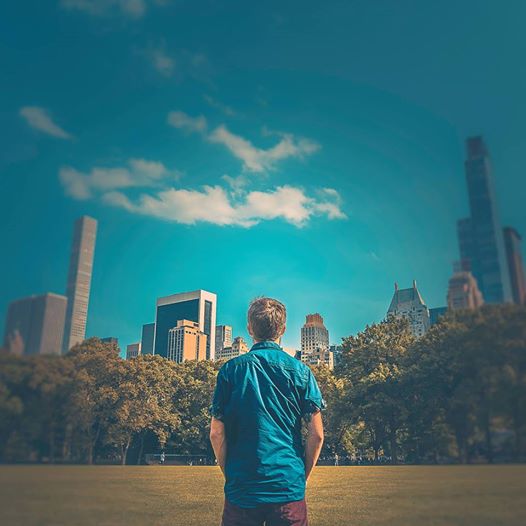 Take a right at the Harbor Light

Walking through the sleet and snow at 6.28 am on a Tuesday morning.  In the pre dawn light, passing headlights catch the blue white flakes. I should have replaced my boots before the winter. I’m speed walking on snow and ice towards the A express train from 116th street in Rockaway. The first station stop on my first ever trip to the US 15 years ago.  I was staying at my aunt’s house, she was out of town the evening I arrived. “Take the A train to Broad Channel, take the shuttle to 116th, walk up the number to 130th street and take a right at the Harbor Light.”

15 years ago. Lifetimes. I remember this as I creep out the door past my sleeping daughter, into the snow, towards the A train.

116th street is the end of the line. A good place to start. Perhaps the sole advantage of living near  the last stop on a subway line is that the train is always empty. As we make our way towards Brooklyn it picks up commuters, students, tourists, and quickly fills up with representatives from all walks in life. All the walks in life that depend on MTA. All the walks in life that rely on public transport to get from A to B via all the other letters in all the other alphabets.

(Unrelated aside: A few weeks ago I offered my seat to a pregnant woman, who it turns out wasn’t a pregnant woman.  I’m sorry to report these kind of errors make me increasingly hesitant in gentlemanly gestures. )

Why? Dear God, why, would you want to become a citizen at this moment in time?

Here’s a song from ‘Brother, the Fight is Fixed’, inspired by first encounters with this process as I applied for the 01 visa to become an  “Alien of Extraordinary Ability.”

I am in. It is done. Forms all filed. Certificate received. Yesterday at 225 Cadman Plaza East in Brooklyn, myself and 251 other people from 52 different countries became citizens. It was a very, very long morning. I compared the first three hours of it to watching Matlock on pause. It did culminate with quite a moving and sincere speech from the judge welcoming us all and encouraging us to partake, do our civic duty. Afterwards myself and Clare walked out into the snow dusted trees in Walt Whitman Park, with Brooklyn Bridge in our sights descended down to the A train back to the end of the line.

We had a celebration lunch with Clare’s parents and Saoirse. Where? At the Harbor Light of course.