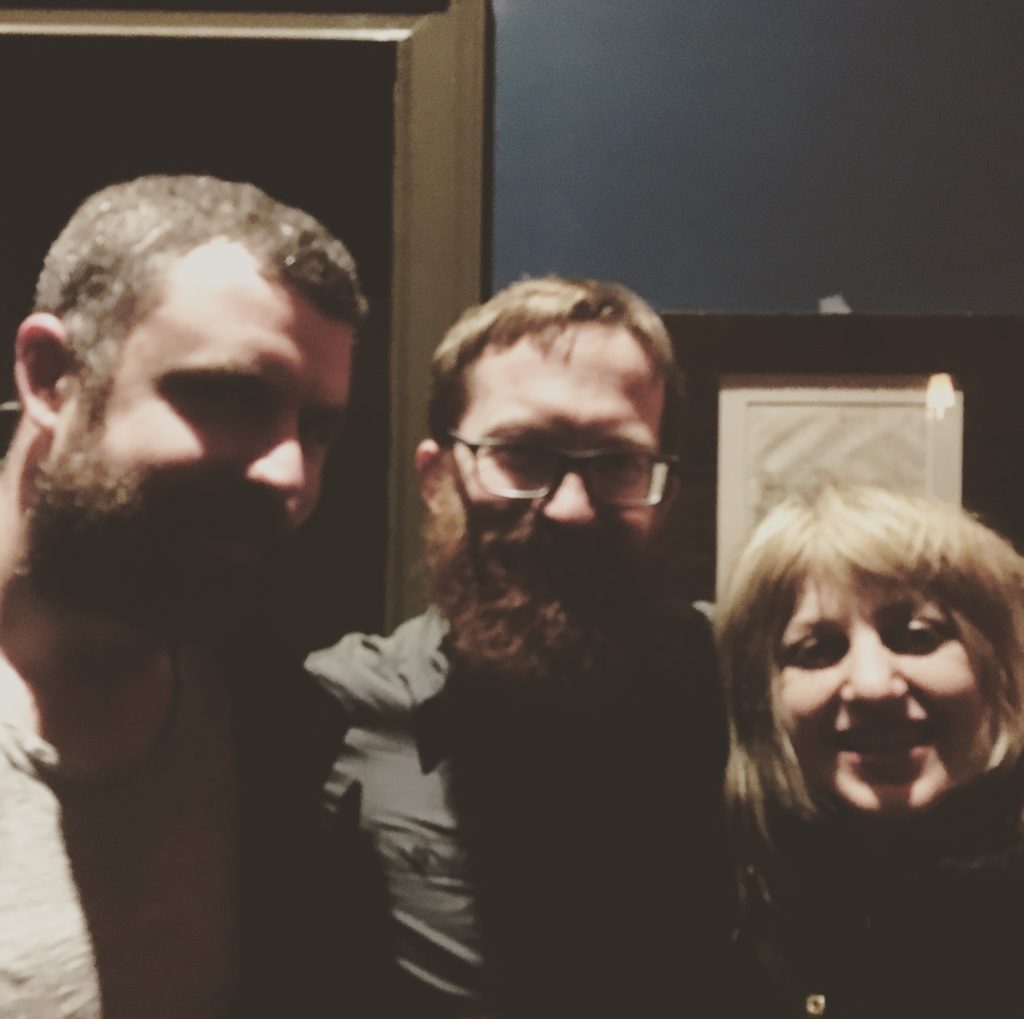 Waiting for the kettle to whistle and drown out the radio. The radio is talking about the historical appeal of conspiracy theories and the nation’s refusal to address the gun problem. Long division in the United states.  It’s no way to start the day.  And “Off”..

It was a mighty weekend of creativity, friendship and song. My old friend Mick Flannery was in town for some co-writes and some meetings. He stayed with us for a few nights and we might even have had a shot at a co-write ourselves. I first heard Mick in Cork about 15 years ago. He opened for my album release party for ‘As Tomorrow Creeps from the East.’  So I must have met him before then. He was great then and he’s been getting better since. Mick’s had two number one albums in Ireland. I’ve gone on to open for him in prestigious venues in Ireland, Germany and the US. Suffice to say he’s a very inspiring person to have staying on your futon for a long weekend.

Jenni Messner was our featured performer at Song Club at Fawkner last Thursday. She did a beautiful set and held her nerve when Anais Mitchell walked into the room. Anais is one of my favourite contemporary songwriters. As many of you know I’m truly terrible at facial recognition.  I once  failed to identify my wife in a photograph of her with someone she thought looked like me. I failed to identify Clare and thought the other someone was in fact me. I’m bad at facial recognition. Really bad.  This probably deserves a separate blog post. I could just send that link to everyone I offend when I fail to recognize them. Though I’d first have to know that I had failed to recognize them. Anyway,  it was helpful that Anais was coming from a coop shift and was still wearing a name badge. She did a couple of songs, Mick did a couple of songs and over a dozen other Big City Folk friends did a few songs. It was a magical night. The kind of night that made me very grateful and proud of the community of musicians I have found in my home away from home.

I did a brand new song set on the Q53 bus. The song challenge word was ‘amusement’. I took it on a dark path.

We played the second installment of our ‘Dream Your Way Out Of Winter’ series at Rockwood Music Hall. My friends Jeffrey Martin and Dan Saulpaugh played before us. We ate at the worst place I have ever spent money. Grayson’s bar. I felt like I was inside a television. A man was engraving Stella Artois glasses at a station right next to us. A DJ pumped obnoxiously loud saccharine beats as the light of 100 televisions playing 100 different stations flickered and flashed around us. It made me believe in purgatory and made me feel incredibly anxious. The food was actually not bad. I transformed my anxiety into a pounding headache that I carried through the gig.

The gig itself was lovely. Mick joind us for ‘My Heart Goes” and his song ‘Galfond”. On the way back from the gig Mick commented. “Niall, you surround yourself with such nice people.” I’m very grateful that this is true.

We went to a thoroughly enjoyable comedy night at Bluebird café in Brooklyn. I’ll definitely try to get back there. I’ve great respect for comedians. It is such a difficult medium.