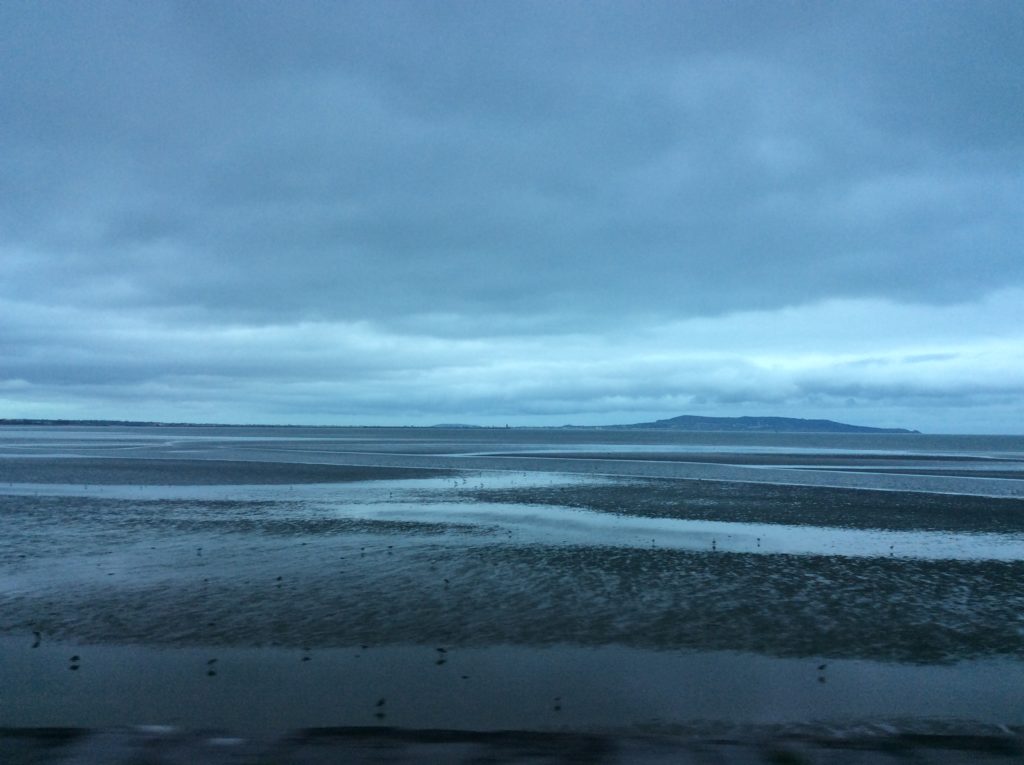 50 Shades of Grey off the Dublin coast today.

Two Dublin auld ones overheard on the train:

“Did ya hear Trump is going for his medical now too? I’d say he’ll be grand apart from da missing brain.”

The 65 bus comes tearing around the corner on a road that seems about two foot wider than the bus itself. On the bend we meet a lorry carrying water treatment chemicals. It seems like an obvious end to my existence but both drivers are paying attention and slowing, only marginally, the road somehow allows them to pass each other by without blowing up the bus and the village. So here I am, living to tell the tale.

This observation probably says as much about me as the narrowness of Irish country roads and the fearlessness of their drivers.

I stayed at Ashlee bed and breakfast outside Ballymore Eustace last night. The deal they offer musicians there is so unbelievably generous that even a broke me insisted on paying a little more. The owners Joe and Margaret are lovely, the rooms spotless and the breakfast was massive and delicious. No pig died in vain for me.

Set for the week after this breakfast.

The gig was in Mick Murphy’s in Ballymore Eustace and is part of the Ballymore Acoustic Gigs series hosted by Roy Thompson. Roy does a great job booking and hosting these events and the room is a gorgeous room to sing in. Eugene Brosnan opened the night. Before the gig I was in bit of flitter worrying about money when I get back to NYC. The Confession Box weekly gig has come to an end, another gig was just cancelled as the owner is sick and an upcoming Norway tour that I had thought I wasn’t counting on has fallen through. Before the gig last night I was having a bit of an internal dialogue/ meltdown scheming a way through the latest hoops. When Eugene BRosnan began his set I felt present for the first time in a few hours. I was with him and his beautiful songs for a half an hour and I felt better. It reminded me again of the healing power of music. That music can get me out of the trouble. It gets me into a lot of the trouble to begin with mind you, but it can also get me out. 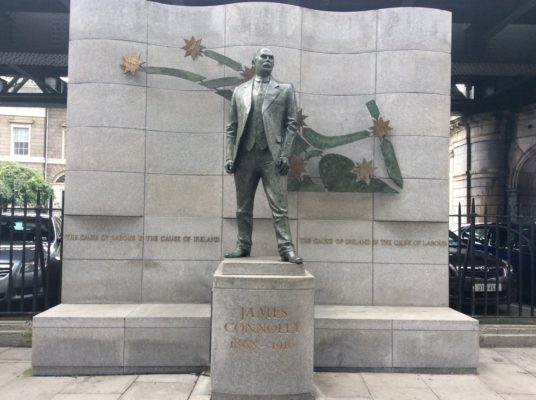 Susan McKeown to join me for the James Connolly Song in Dublin tomorrow.

I need more to book more gigs for the rest of the year. Call me, maybe?

I had a few repeat visitors from the last time including Andrea and Alan who had some well timed requests during my set. Donal Tully came down with his friend Colm. The Tully’s are great friends and great supporters of music in generally and specifically mine. I’m sorry to miss Donal’s brother Tim’s wedding on Saturday. Though, with my own brother getting married on Friday I do have a good excuse.

I killed some time by the Liffey making up a song about killing time and a seagull feasting on litter explaining the trickle down economy to me.

Susan McKeown called. She will join me in Whelan’s tomorrow and sing  May 12th 1916 ( James Connolly Song) and maybe another few. I am hugely honoured.