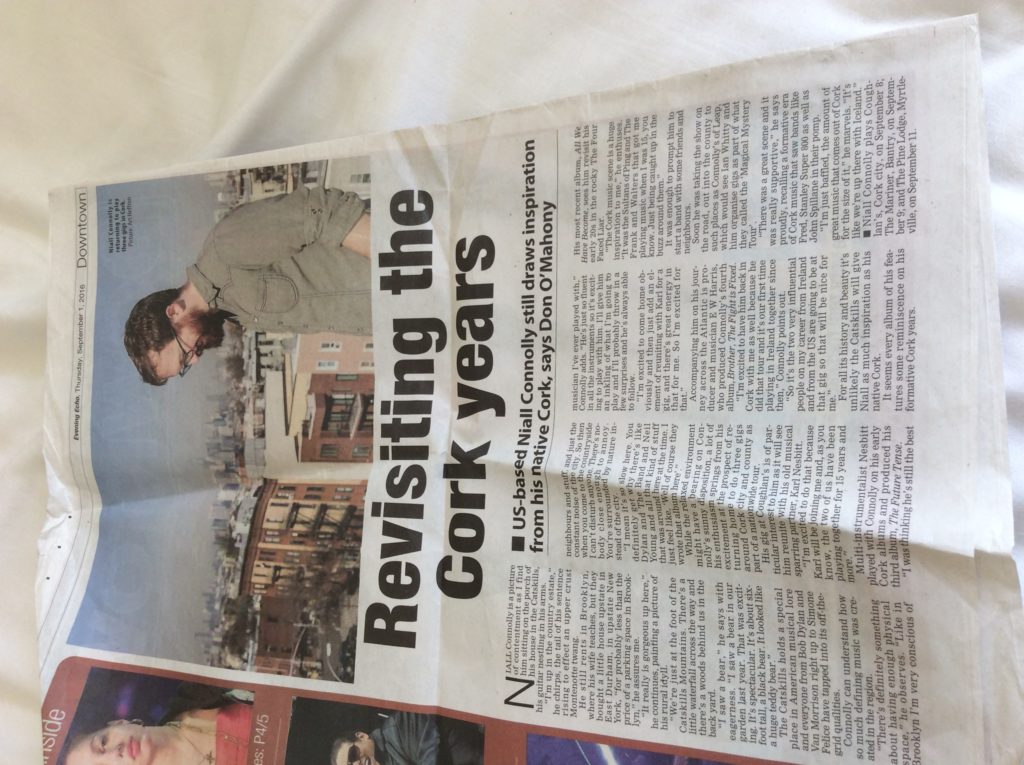 How do you get to Ballymore Eustace? Practice! I’m very excited to be asked back to play one of the finest listening rooms anywhere with Eugene Brosnan whom I very much want to listen to. Thanks Roy Thompson/ Ballymore Acoustic Gigs – BAG for booking two Cork men.

Thanks Pine Lodge and Karl Nesbitt for a lovely gig last night. The Lost Gecko did a fine job opening too. They’ll be opening at Whelan’s on Wednesday too. The Pine Lodge is a near mythical the fringes of the indie music scene. Countless times I have been touring in the US and been asked by American musicians, “Do you know the Pine Lodge?” A big old pink house on the hill overlooking the mouth of Cork harbour. The patrons are often as unpredictable as the weather. Or more accurately, as predictably unpredictable as the weather. It was also once infamous for the nearby “field of dreams” which supposedly had a large supply or a very particular type of mushroom. I can’t vouch for that but it would help explain a thing or two. I first saw Willard Grant Conspiracy down there so that’s where I met Dennis Cronin who plays trumpet with me now. Not to be confused with the Chef Dennis Cronin of Cronin’s in nearby Crosshaven. How could you be confused?

I took a walk down to the water in the dark before the gig and let the wind beat the head off me for 10 minutes. Like gardening, or walking, one of those things that feels great when it is optional but less so when it is obligatory. I really enjoyed playing with Karl, I did a much more ad hoc set that at Coughlan’s, dipping in and out of old and new songs, and Karl did a magnificent job playing along. I especially loved his bouzouki playing on the new song “ I am a good man”, the flute solo he played on ‘ Carry it With You’ and the bodhran playing on Brooklyn Sky.

I hope to do another album with Karl one of these days.

Whelan’ last spring – Back there this Wednesday – Photo by Mulography