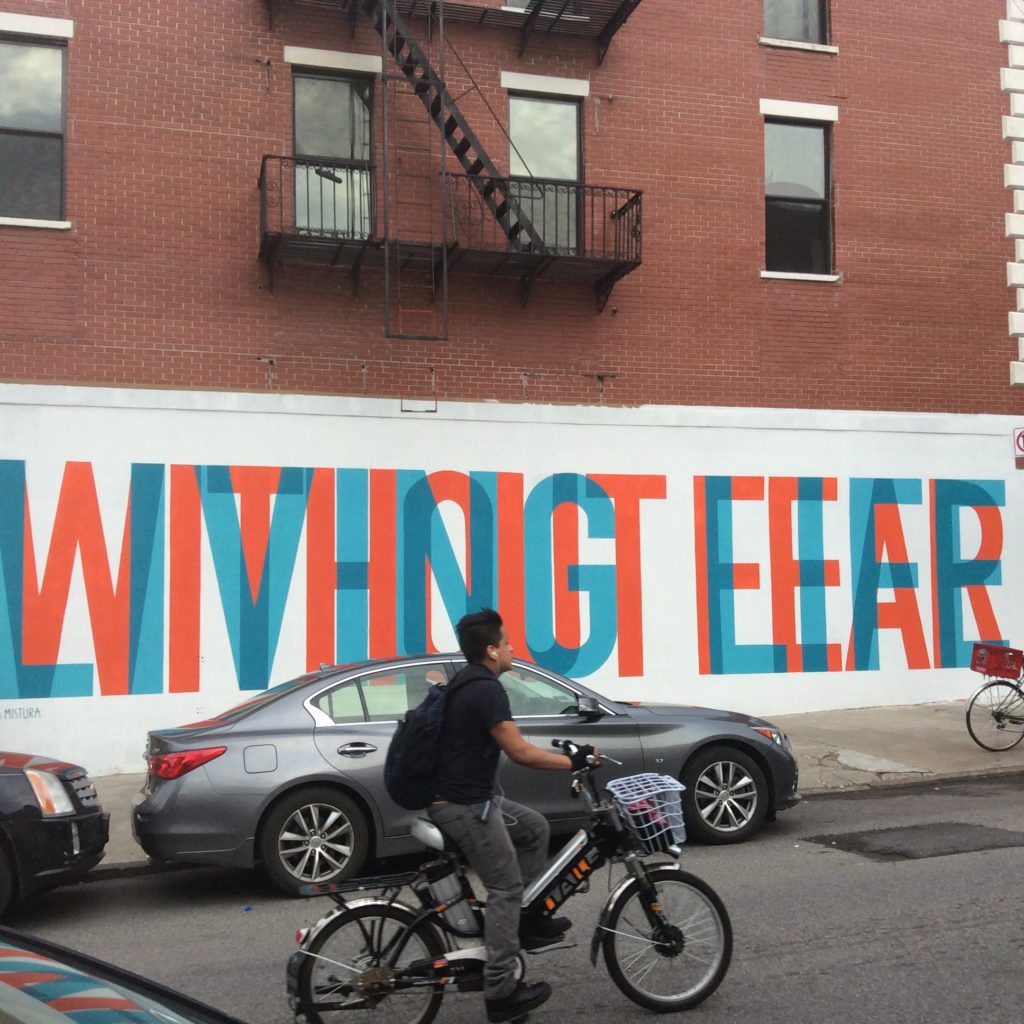 Tuesday February 8th, 2017
“We stand with you” a tiny post it on the door of the Yemeni laundromat. “How are you?”,  “I’m okay, everyone is fine.” We talk about the weather. 60 degrees today in New York. And six inches of snow forecast for tonight. WTForecast? The weather challenging the politicians for some column inches.
******
Betsy Devos as Education Secretary? Whatever next?
Nothing is impossible?
Irish Songwriter Becomes Controversial Recipient of NFL Lifetime Achievement Award
39 year old Irish songwriter Niall Connolly was a controversial recipient of a NFL lifetime achievement award this weekend. This despite his never having played “American” football and his proven ignorance of the rules of the game. “Is that the one with bats? Or the rugby with helmets and advertising breaks one?” Connolly queried.  “I did play Gaelic football for Glanmire under 14’s B team. Twice!”  he proudly added. “I was so good they took me off after 20 minutes to give the weaker players a chance.”
Connolly shamelessly accepted the accolade, adding “I was at a superbowl party once. At my friends Justin and Katie’s house. I have a lot of friends. But Justin and Katie have the best snacks. Tremendous snacks. I thought it was really sweet how they allowed the athletes to perform both before AND after the music and advertising showcase.“
******
I’m on the train to the studio. Len’s place today in Queens. On the J train, we just crossed the Williamsburg bridge connecting the lower east side of Manhattan with Brooklyn. A low mist on the east river and the iconic skyline, like a blurry photograph. Remember to look up. Stain glass subways.How many languages silent in their thoughts in this subway car? On this entire train? On all the trains in the city?
There’s a lot to be grateful for and a lot to protect.