(Photo from Olomouc, Czech Repbublic – Image for new single ‘We Don’t Have To Talk About It’ )

Even in the best of times January lingers, hangs around a little too long.   December’s poor house guest, the smell of yesterday’s feast.  Whatever times we are in, few of us would call them the best of times, January has seemed interminable. Yet, here we are, almost there.   One month ends, and tradition would suggest, another will begin. February, in the North East of the USA, is only moderately less obnoxious than January, but it least it has the manners to leave early. Usually.

With the beginning of each month comes Bandcamp First Friday, when the independent music distributers give their share of sales directly to the artists. Not just this “artist”. All artists. So if you feel like updating your musical collection, Friday would be a good day to do it.

My new single, ‘We Don’t Have To Talk About It’, is available on patreon now, will be available world wide, to the webbed and unwebbed on bandcamp from Friday Feb 5th.  ( Note: I messed up, and thought I was scheduling it for release on Friday, it is in fact available there now!) 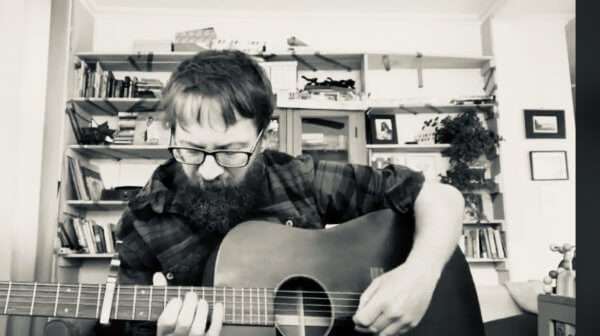 I was thinking about all of this before I began today’s livestream. So, into the stream I stepped, lay on my back catalogue and floated through 20 years of songwriting.  Starting with the new single before going back to 2001’s Song From A Corner, and moving chronologically through each album I’ve released.

Come on in, the water’s terrifying, I mean, fine, it’s probably fine.

Thanks for reading, thanks for listening,

When The Sun Is On Your Back ( As Tomorrow Creeps From the East, 2003)