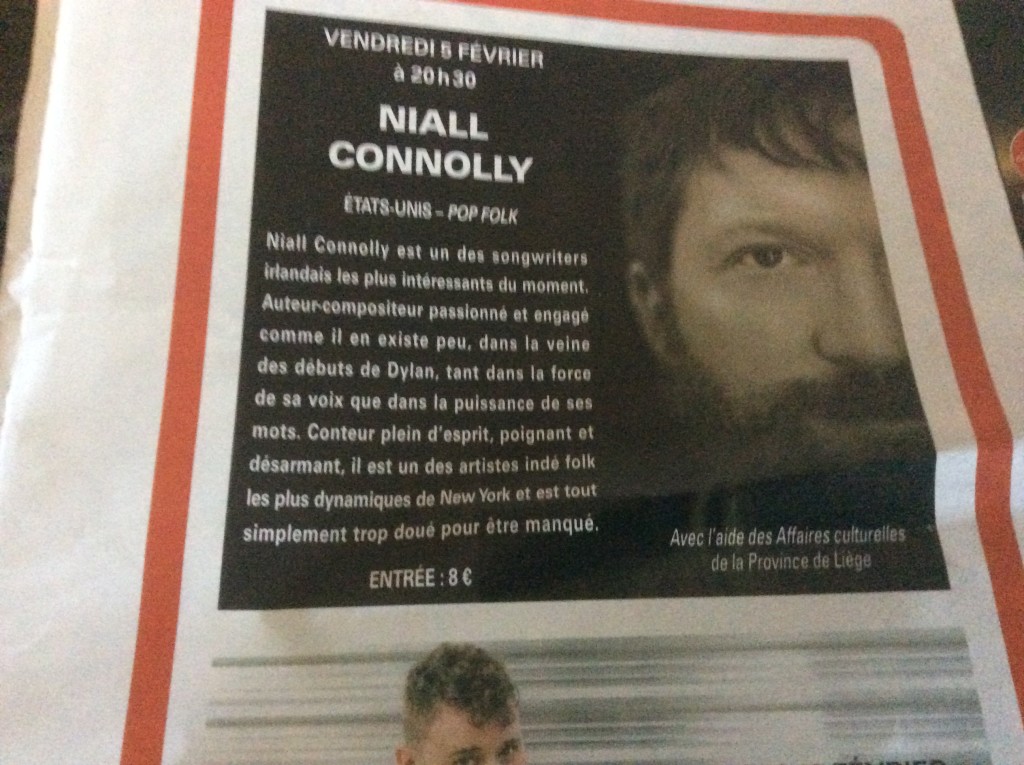 There are soldiers and armed police with sniffer dogs and bullet proof vests all over the station. I refuse to have my good spirits dampened. I had another magic night in Liege last night. I played my third gig at le Cafe du Parc. I love this place, it is a cafe, bar, cinema and music venue. I played here with David Rynhart and Ryan Drickey in probably 2008 and with Gavin, Justin, E.W. and John in 2010. Both previous gigs were really fun. So much so, that last night I was trying to keep my expectations low. 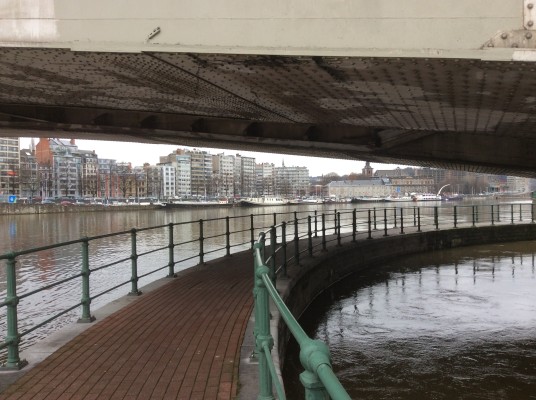 I arrived way too early again and spent a good four hours walking along by the river, listening to music and trying to get some fresh air and exercise. Later I met with my friend Julie and her six year old, Leo. Julie and her husband Brian are both really inspirational and lovely people. Not just because they are proactive fans and supporters of my music. They always seem to be in good spirits and open to having fun. Julie told me that she gave birth to Leo whilst listening to my song ‘Seagull’ on repeat. I met him once when he was a toddler, but it was great to meet him now as a fully formed, energetic, cheerful and funny boy. He has no school next week because of Carnival and as such was allowed to stay up late and come to the gig. He even wrote me a thank you note afterwards. 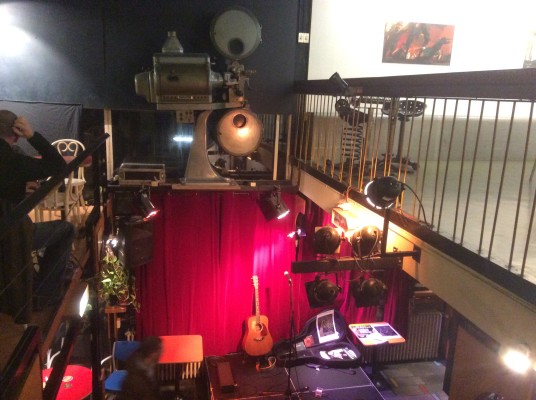 Leo is a big reader. Julie recounted how earlier that day he had been in trouble at school and the teacher had punished him by saying he couldn’t go to swimming and would have to instead sit on his own outside the principal’s office. The principal’s office being opposite the library. Which was of course no punishment for Leo. When asked how his punishment was, Leo responded, “Really cool!”. Julie decides a better punishment is to tell him he can’t read his favourite book till Sunday.

Amelie and my baggage
The first time I played Liege, I was on the reverse route from today, having played in Den Haag/ The Hague the night before. I believe the technical term for the gig the night before is soul sucking shit show. The venue had had a recent noise complaint so we had to play at a barely audible volume. That coupled with fact that the venue had no stage lights meant we literally couldn’t be seen or heard. Oh, and we got paid less than the hotel cost, or maybe the same. It was miserable.

Added to that was the fact that day, we had travelled from Lannion in Brittany, France. A day with an early start, after a late night. A day of multiple trains and the continuous hum of  the  mild stress of hoping we made all our connections. When we made the final change, my usual glow of warmth and calm that comes with sitting down on a train for the final leg of a journey, was quickly replaced with panic as I realised that I had left my bag on the previous train. My bag containing my tuner, microphone, cables, CDs and journals.

I sprinted with the focus of Ben Johnson on steroids. I got to the platform just in time. Just in time to see the train pull slowly out of the station with my bag. Fuck. Then, looking at the clock, I sprinted back to my train. For the first and last time, I found David’s cool Colorado calm of “It’ll be alright”, thoroughly unhelpful. I contacted some Belgian train officials on my train. To be be fair to the guys working on Thalys that day, they were a shower of pricks. I could use much more flowery language to describe them. They quite literally could not have been less helpful. I told the guy the number of my train, the number of my seat and he did nothing at all. So I sat in silence and fumed. At myself. At Belgian rail. Mostly at myself.
That night we did the gig where nobody could see or hear us. I felt awful. For losing my bag.  For wasting my time. For wasting David’s time.

The next day we took the train to Liege. David’s friend Ryan Drickey was in town that night and we invited him to play a few songs with us. Ryan is an amazing fiddle player. He did the string parts on my latest album, ‘All We Have Become’.

When we arrived at the venue, the bar man handed me a beermat with a name and number on it. He went on to explain, that a woman from Paris had called. A woman who the previous day had taken a train from Brussels to Paris. A train with an unaccompanied bag on the adjoining seat. A woman who opened the bag. Saw cables, microphones and CDS. A woman who thought, I bet this guy needs this stuff. She took the bag. Googled me. Found out where I was playing. Made an international phone call.

The Hoegaarden beermat read: “ Amelie in Paris has your bag” and had a phone number underneath. Yes, the woman’s name really was Amelie.

Who could be that lucky?

It got better, Ryan Drickey was travelling to Paris the next day, he collected the bag and shipped it back to me.

That night was one of the best gigs of that, or any tour.

Last night I returned to Le Cafe Du Parc with my heart full of gratitude for the that story. That kindness and all of the kindnesses I have encountered since. It’s a really good room to sing in. I felt like I did one of the best gigs of the tour and this time CD sales reflected that

Many years after my boomerang baggage incident, Amelie came to one of my late night gigs at the Red Lion, I told that story from the stage. I paid her bill at the end of the night. The very least I could do. I love that I got my bag back. More so I love that I have the memory of this story of human decency. A memory I revisit everytime I come to Liege. And frequently when someone is being a prick. A memory I am sharing right now as there sniffer dogs and armed police on my train. It reminds me to be alert. There are good people everywhere. If you see something, say something. 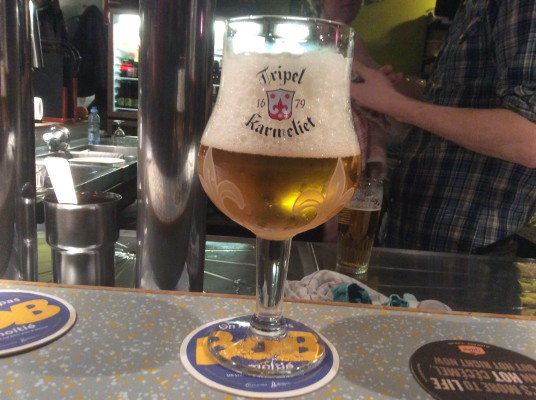 It’d be rude not to.