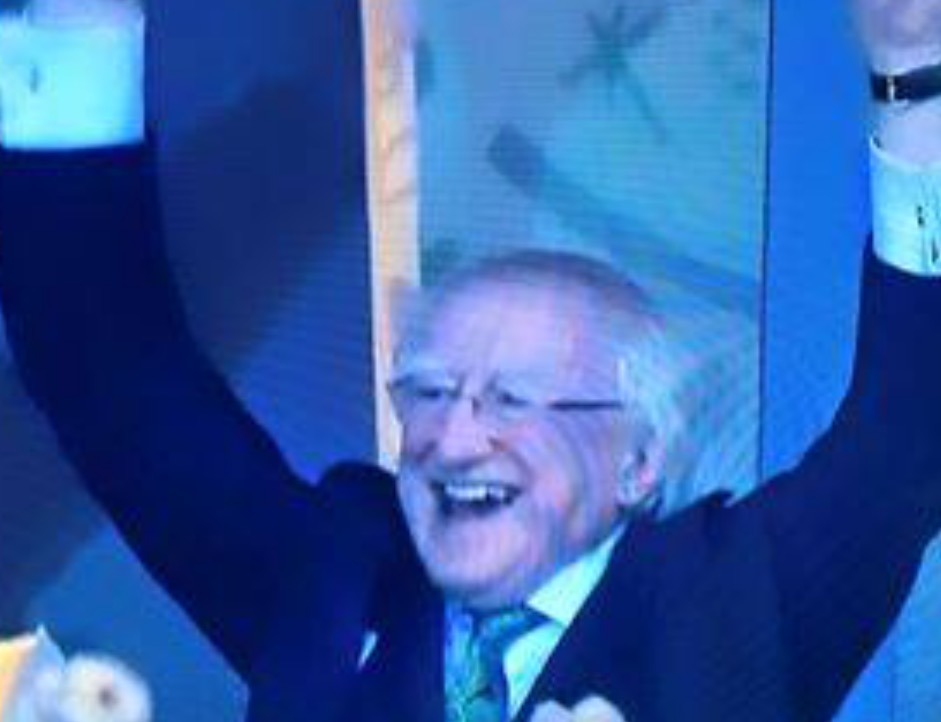 This morning, I awoke with a magic realist, improbable, hope that Ireland could beat Italy. I mean we had done it before. Belgium having trounced us, partly thanks to my choosing to watch it at home, today, clearly, I needed to change my tactics. I also wanted to watch it with other people who would zealously yell at an inanimate, earless object with me. So, I decided I would go to the Irish Haven.

Spending the first part of the day watching replays of Ray Houghton scoring against Italy in the 1994 world cup, and Roy Keane’s bizarre street smart pep talk, chatting with my friend, Daniel, the Costa Rican philospophy lecturer about our real, if improbable chance. Daniel has written a book about the Philosophy of luck in football, so he should know.

I even texted Clare at work, telling her, I feel like there is a possibility today will be momentous, won’t you join me in dark bar in the middle of a sunny afternoon. She did.

Stepping into the Irish Haven, at 3pm on beautiful, beautiful Brooklyn day, was not unlike climbing into an empty grave. The darkness immediately enveloped me, only a little light sneaking through the windows and the door wells, but, me I have lived a reasonably good life, and whether this was heaven or hell, I recognised most of the people here. 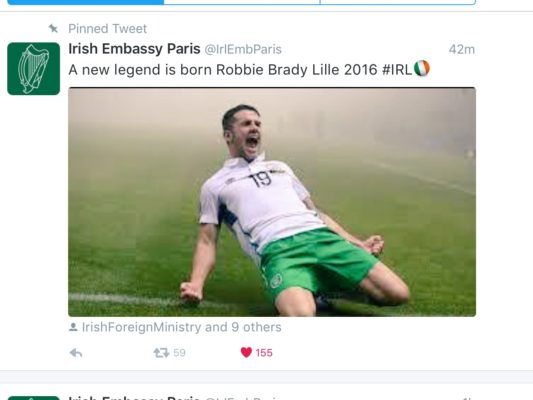 Brady scored. Emmett ordered a pint of Guinness for me. I had previosuly told him I would drink one pint if Ireland won. I let the pint sit for 10 minutes. Not wanting to jinx us by touching it before the game was over. The final whistle went. “No, that’s a free kick.” Finally the final whistle. Unbelievable.

As a nation, we need results like this every now and again. This is one we will remember. “Where were you when?” In 1988, against England I was at in my parents house in the front room in No. 34 . For the goal against Italy in 1994 I was at No. 39 at my friend Paul’s house. For this one I was at the Irish Haven with Clare and a room full of Irish and Irish Americans. And two Colombians.

Maybe you have to be from a smaller country to appreciate the enormity of the joy these moments bring.

Now I am back in my apartment listening to Cathal Murray on the Late Date on RTE Radio 1. I need to hear Irish radio to extend this feeling.