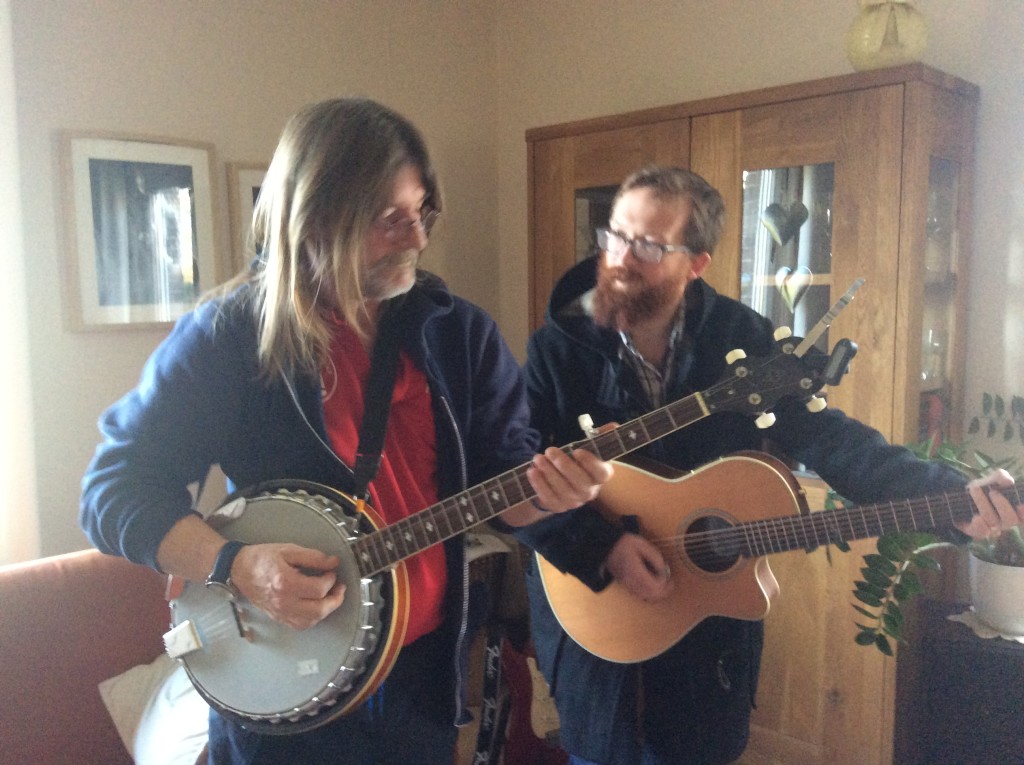 I can hear the wind rattling on the roof from my attic room. As I’ve previously mentioned, from this window on the Rhine, you will in any given hour see a huge variety of unlikley objects floating up or down stream. Cars, coal, tanks, helicopters, shipping container. I imagine it to be the shopping list of some distant despot, king or empire.

The rain rattles on the  roof. The wind breathes in and out. It’s cosy in here. 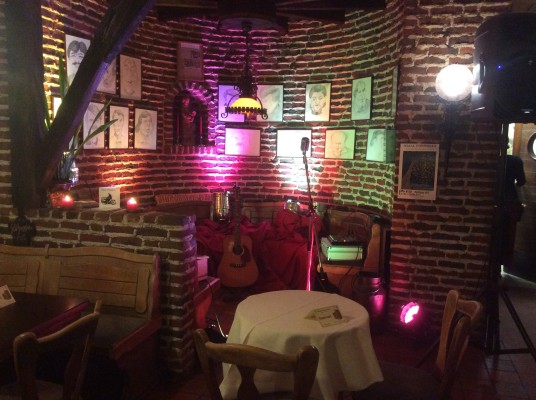 I have just finished listening to “Deep Down Dark”, the story of the 33 Chilean miners, their ordeal, their escape and the aftermath of their escape. I’d asked Casey Black to recommend an audio book for me for the tour and I am glad I did. It has kept me company on trains and quiet walks. The moment of their rescue had my headphoned self openly weeping on in a commuter train outside Quackenbürg. The story of their survival and their rescue is hugely inspiring. Later there is a new tension as they are treated as a commodity by the media and various corporations. This leads to another struggle for survival as the men try to regain their sense of self above ground.

Do you have any favourite book/audio book to recommend to me? Please do: [email protected]

Wednesday morning, I slept really well in my little hobbit house outside Sabina and Klaus’s Wine Shop, Wotjuns. I felt like I was just starting the tour, completely refreshed after a good sleep. I’ve been doing a lot of walking on this tour, but this morning I went for my first run. The landscape is very flat here. The first half of the run, I was feeling very pleased with myself impressed that it wasn’t difficult. When I turned back I realised that the wind had been at my back the whole way. Running back towards my hobbit house, with a strong wind and sideways rain in my face, my mind wandered back to playing football and Gaelic football in the Pike field in Glanmire.

Later, over coffee and more delicious breads and cheeses, I chat with the hosts Sabine and Klaus, and Mel. I recount a story of working in Erlangen, Germany as a 19 year old. The older German workers would tease me that the Irish were such big drinkers. While they were drinking beers at breakfast. Klaus chuckles, noting that his construction team of 10 people used to buy 6 litre bottles of schnapps to bring to work each day. I make him show me his hands and wonder how it can possibly be true that he still has the standard compliment of ten fingers. He also seems perfectly sane now too.

We say our goodbyes and head for the next house concert in Emmlichheim, very close to the Dutch border. This one has been organised by my friend Wilhelm and his wife Heike. I met them when they came to Wednesday Night Song Club at Ceol a few years back to see our mutual friend Diana Jones. Wilhelm organised a great gig for myelf and Warrren in Itterbeck a few years back. This time he has me booked to play at his friends, Hermann and Elka’s, house.
They live in an abosultely beautiful converted old farmhouse with a fireplace in the middle. It is an easy room to sing in. The gig felt really great, with everyone seemingly having a great time. With that in mind CD sales were very disappointing. It is an ongoing and difficult lesson to learn that the correlation between performance and sales is inconsistent. At this gig too, I also really miss having the band, or someone with me. Not just for their musicianship, but also for their company before, during, and afterwards. With a duo or a band, those are great moments for solidarity, we are co-conspirators who can can confer on how we are doing. Solo, these moments can be sometimes feel awkward and lonely.

Afterwards back at Wilhelm and Heike’s, Wilhelm plays me the beginning of a joke country song he is working on about how is wife has a crush on their drummer friend. I tell him we should finish it in the morning. And beacause this is Germany, we do. “She Loves The Drummer (more than me)” will likely be a German Country Hit. John Wayne and Co. back at the the Railroad Saloon in Dachau will be delighted. 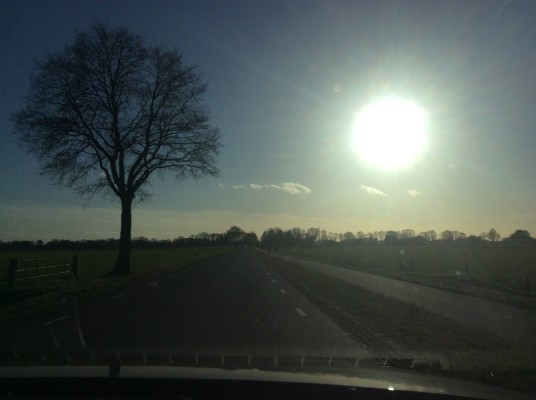 After much laughter and a huge breakfast, we say our goodbyes and pack up Mel and Ulf’s car and head for Rees. The GPS system again seems determind to bring us every back road imaginable. There are roads so small that I suspect they are not roads at all.

Back at John  and Andrea’s

Still, we get there in plenty of time. When we do John already has the system all set and it looks like an easy time before gig.

My Wifi kicks in and I am surprised to see I have two irate messages from a Dutch venue in my inbox. Seemingly our wires have gotten crossed somewhere and I have managed to offend the booker. Something I am typically very good at avoiding. I write back to the guy and explain that he has misunderstood me, not with the expectation of salvaging the gig, more with the hope of salvaging my sense of calm. This episode has rattled me more than it would if I wasn’t on tour. Really it changes absoultely nothing for the remainder of tour, but in my transient state, it rattles me for a minute. John Collins is great man for these moments. Soon I am eating soup, stretching my strings and relaxed and ready for the gig.

John has the town of Rees and every nearby village and hamlet plastered with “Niall Connolly Direkt Aus New York” posters. His work, and the gigs I have put in in the area over the years, pay off. There’s a great crowd of attentive listeners. Most of whom have seen me before. It is always nourishing to have people request songs. Tonight 13 year old drummer Benedikt requests “The Year of the Dragon”, and there are requests for “Lily of the Mohawks”, “Samurai”, “Come Back to the Table”, “She Makes Me Want to Be Clean” and more. Sales were good and I feel comfortable and confident again.

We stay up chatting and when we pack away the gear John shows us some cartridge shells from WWII in the basement.

Right now i am sitting at the table drinking coffee, eavesdropping on history lessons from Mel, Ulf and Johnny. More on this tomorrow.