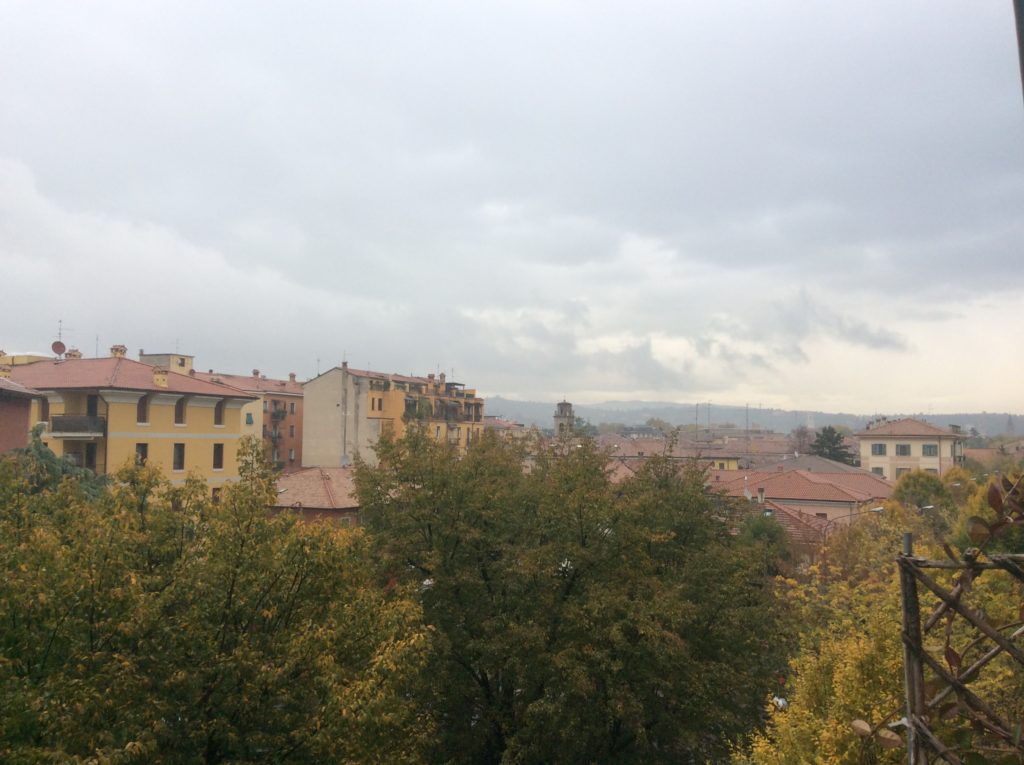 The other side of my pre caffeine conversation with four separate British Airways employees regarding my protestations at their new rule banning guitars as carry- on luggage:

That’s as close I came to putting the row in Heathrow. I came close but I know it never, ever, ever, pays to get shitty with airport staff. Aside from being a shitty thing to do to someone working at 6am, it has about the same success rate as arguing with a referee or disputing a red light ticket. Speaking from experience.

Instead I told the same story as calmly as I could to four different people. “This is my livelihood. If anything happens to it I can’t work when I get where I am going. It will fit. Can I bring it to the gate?” Now when I say I remained calm, reader, you realise, I am of course a somewhat unreliable narrator. Anyone who knew me might perhaps, at their kindest, have described me as somewhat calm with 62% chance of imminent volcanic eruption.

You know you shouldn’t argue with the referee but sometimes you just fucking do it anyway.

Fair play to the young man at the end of this conversation. He was very sympathetic to my attachment issues and bent the rules, only a very little, and let the farcically named common sense prevail. Above and beyond that, he called ahead to the gate, regaled them with my tale, had his colleague bring me to security to say it was okay, and made it happen. He saved me a 65 pound charge ( for checking an extra bag) and more importantly he saved me the stress of putting my guitar in hold. I love this guitar and the thought of it travelling unaccompanied through the airport stresses me out even more than the idea of it being in the hold.

For the now the guitar is right above me and the story is behind me. For now. 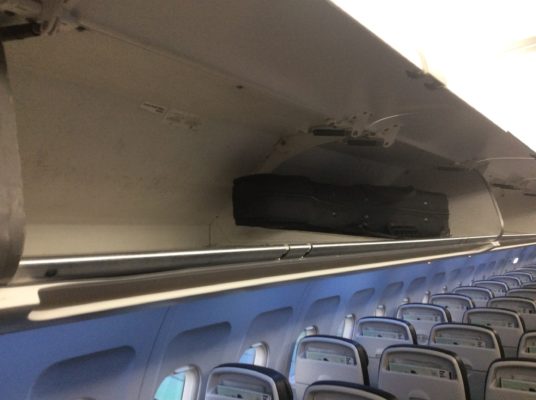 Dear British Airways, My guitar will fit in the overhead.

Cliffhanger. I’m flying back with British Airways too.

Last night I stayed at the Park Inn Radisson Hotel at Heathrow airport. The woman at check in at the hotel was named Filomena. I told her that was my grandmother’s name. Because my grandmother’s name was Philomena and she was a legend. And the only Philomena I ever met. The Park inn has the neither the charm of an inn nor a park and it had about as much character as floral postage stamp. Yet, like the postage stamp, it was functional and all things considered, very reasonably priced. ( America, your Forever stamp is the last great deal of our terrifying times.) At the hotel bar I had sad bowl of cauliflower soup and quite a good pint of John Smith’s Ale. That’s the name of the ale. I wouldn’t drink another man’s ale. Well, maybe if he came up with rules banning guitars as carry-on. Then maybe I’d drink all of his ales. Except one, which I would use to christen him.

We don’t have tv at home. So, sometimes in hotels I will indulge and watch anything. By sometimes I mean nearly always. By anything, I mean, like, anything. I watched some sort some hideous crime show murder reenactment about Tom Bundy before making myself get up and get the remote and settling on the devil I know, Law and Order SUV. Dun. Dun. It’s all glamour on the ‘Dream Your Way Out Of This One’ tour. 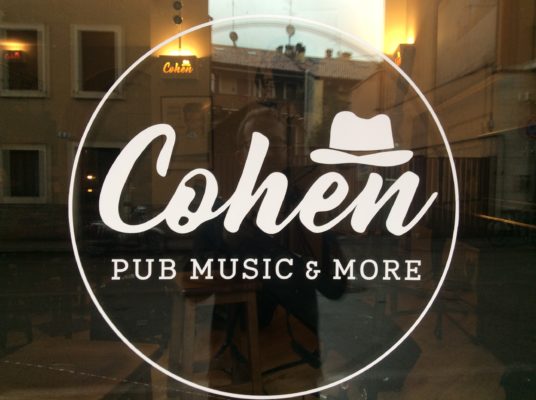 My trip to Milano was smootho and my onward trip to Verona nearly as smooth. A bit of a mix up with my b & b for tonight means check in there is delayed till after the gig. I am thankful for that now as it encouraged me to wander round Fair Verona for a few hours. Where without particularly trying or doing any research whatsoever I found myself the castle, an arena that predates the colosseum and what purports to my the Capulet household and the home of one Shakespearean Juliet. In the ninety seconds I spent there 85% of those posing for selfies with the statue of Juliet groped one or both of her breasts. Nothing says classy like groping the statue of a fourteen year old.

Tonight’s venue looks really great. Not just because it is Leonard Cohen inspired space. The menus are on vinyl records. The owners immediately fed and caffeinated me on arrival as well as offering me red wine at two pm. I passed on the two pm wine. As you know, I am much more sensible than that, I am having a 5.45pm two euro beer as some random Pitt stop instead. Inside a child is playing bowling with a plastic bowling set. Oddly, that is the second set of plastic bowling pins I’ve seen since I got to Verona four hours ago.

I’m feeling a little ashamed that I speak no Italian. I really feel you really should at least know how to say, please, thank you and sorry in the language of every country you visit. Pro favora, Grazi….???

The gig last night was really fully booked out and was very enjoyable. On guy in the front row was fiddling with his phone for most of it. But I already f’n told you, I’m very chilled out now so I ignored him and sang out to the other corners of the room instead. He even stayed looking at his phone as all the other people at his table sang along on ‘Come Back to the Table”. Ah well. As I’ve often felt with gigs in Germany in the past, during the gig itself I wasn’t sure how it was going but afterwards I got lots of positive feedback and sold a good amount of cds. I did feel like a bit of an ignoramus for not having even enough Italian for a bit of banter.

Elena and all the staff at Cohen Verona treated me really well and I hope to play there again in the future.

I stayed in a really, really beautiful one bed room Bed and Breakfast last night. The host’s name was Louis Ferrari. I believe that to be the Patrick McGuinness of Italian names. Seriously, though this place was gorgeous. You’ll find it at: www.wabiguesthouse.com

Luisa is a concert violist and also makes homemade embroider linens in work space in the bed and breakfast. She informed me that the 2000 year old Arena I saw yesterday hosts classical concerts in the summer. She has been playing at them for 30 years. That must be some gig.

Oh, and the other side of the coin on my Spotify whine the other day, one guy at the gig last night, Marco, came because he heard me randomly on a spotify playlist. He brought a bunch of friends with him and he bought a Cd. So, that’s the other side of that one I suppose.

Taking the train to Padova today to meet with my Italian booker Andrea Scarso. Andrea found me through Glen Hansard and he has been hugely helpful in making this tour happen. 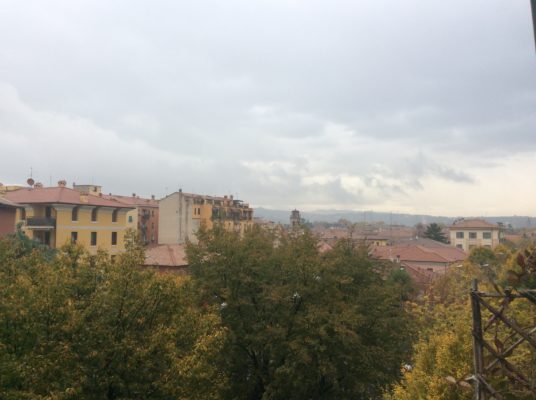 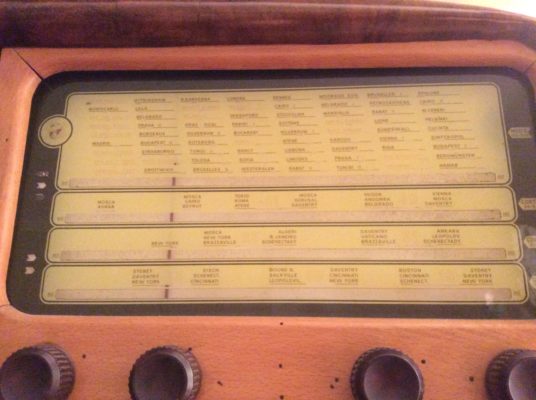 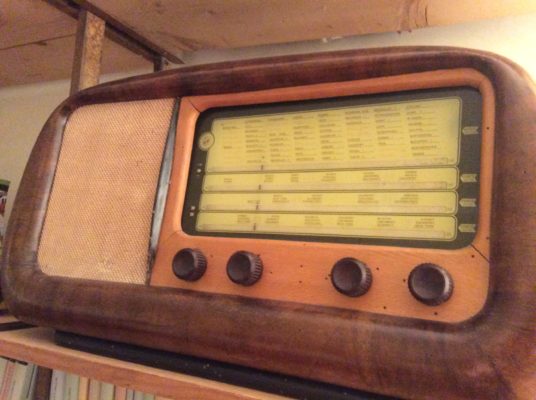