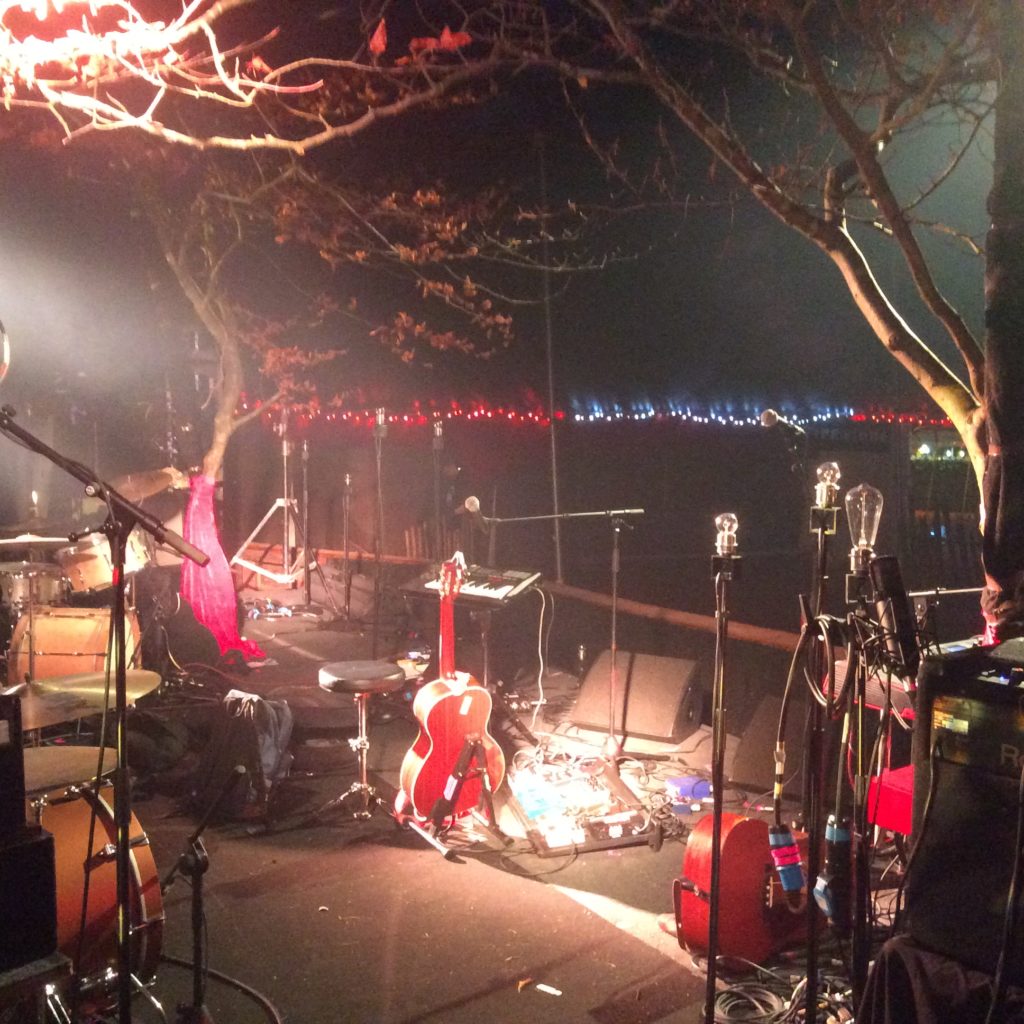 Well I woke up in a beautiful apartment on Rue Emile Gilbert in Paris. I went to bed at Daly’s Inn, Donore, Co. Louth. Surely as a specific combination, a first for any songwriter?

As I left you yesterday my flight was delayed. I was trying to be calm about it.

Vantastival is an annual campervan friendly music festival organised by my friends Benny and Louise. The festival itself takes place in June. I’d been invited to open for Lisa Hannigan for one of their two December events.

I was late for my soundcheck but the Vantastival crew were very understanding. The venue was beautiful. Beaulieu House is not pronounced the French way. This lead to an embarrassing moment as Mrs Bucket trying to tell the taxi driver where I am going. The gig itself is in marquee on the grounds of the house. Beaulieu House is a Big Old house, like one from the history books. There’s a set of massive Elk Antlers in the foyer. Elk antlers and oil paintings of old white men. Including, I am told, William of Orange. Who, like the President Defekt was both White and Orange. My friend Ber is doing sound for Lisa Hannigan for this tour. I met him after the soundcheck and was invited into the ‘No Entry’ room of the Big House to meet the band and “get warm”. Lisa lay in foetal position on the floor in front of a cosy fireplace. I have frequently found myself curled on a floor before and after a gig but never before such a fireplace. Lisa, her band members, management and crew were staying warm, relaxing, eating, catching up on emails. Everyone was welcoming and kind. 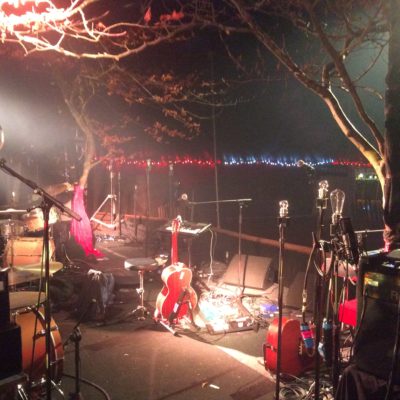 I watched the opening band ‘Elephant’ with Lisa. Between songs she commented that there were too many tall people and chatted happily with the myself and the Festival dog. They were really good. It was cold. The venue was still pretty empty as people were still arriving and some were sheltering in the warmth of the Big House.

By the time I went on it had filled up another bit but many were still arriving. It is hard to gauge sometimes how many people are out there beyond the lights. I could hear laughter, applause and even a little singing along
If I remember correctly I played:

Be There If I have to Swim
Lily of the Mohawks
Samurai
Corridors
I Picked Stones
Hey Hello I am a Good Man
May 12th, 1916- A Song For James Connolly

It went down well, I sold a good amount of Cds. Everyone wants the James Connolly Song. I need to get that released soon.

Lisa Hannigan’s set was spectacular. I had never seen her live before and it was flawless. The crowd were very noisy which was disappointing as it is subtle and beautiful music. So close to Christmas at an outdoor standing gig though, annoying as it was, it was also very understandable.
Afterwards I chatted with the band, drank some of their rider and ate some of their vegetables and generally enjoyed the glow of their success for a little while. We said our goodbyes. I looked Benny and Louise the organisers of the festival but before I could find them I heard the voice of a woman saying “ Niall Connolly? Niall Connolly? Anybody seen Niall Connolly?” walking randomly through the crowd. She had been out in the tent and around the tent looking for me for quite sometime as I was, inside the Big House with the Big Band. For just a little while. She handed me my payment. I was staying about 15 country miles from the venue. I knew it was probably a good idea to get going then.

The Battle of the Boyne

So myself and himself began pulling this guy out of the water. We managed to pull him out, with considerable difficulty. My glasses being accidentally (?) kicked off my face in the process. I had a brief short sighted moment considering the prospect of a doing the final week of the tour sans glasses. Thankfully I found them in the thicket just at the river’s edge.

Our late night accidental night swimmer emerged from the water completely soaked, frozen and more than a little shell shocked. His wide eyed expression suggesting he was having an out of body experience. Like he had been going down a water slide having the time of his life. Only to me met at the end with Conor McGregor’s fist.

I assured him it was okay, he was alright, and he immediately went to try and hit me. This was a surprise but not so much that I didn’t have time to avoid him long enough for his friend to get him in a bear hug.

It was a strange moment. On the bus he tried to hit his friend. Who half strangled him in act of violent compassion. Really. The friend held him down by the throat and reminded him that he wasn’t being himself and that he needed to calm down. Another female friend of his sat down next to him. And as surprising as man falling into a river. As surprising as a man who has been rescued from a river attempting to assault those who rescued him. He calmed down. 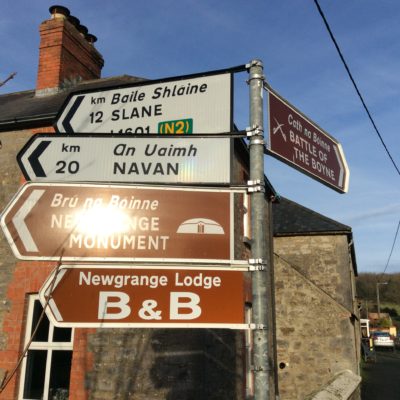 The sun shines straight through Newgrange!

I got a taxi back to the hotel. I called Clare and filled her in on the evening’s events. Not fully believing it all myself while simultaneously knowing it was all true. As I got out of the car I could hear people singing in the hotel pub. Excited by the prospect of a nightcap and a bag of taytos, I went in. The singing had stopped and I had missed last call.

A blessing in disguise.
Overheard. A bar story. On a Sunday morning. A motorbike. Speeding on a country road. Butchered a cow.

Overheard in Waterford Bus Station Toilets. Man on the phone. Smoking in the cubicle. “I dunno, all I remember is being in handcuffs. I said I need to go to the toilet and I climbed out the window. I’ve no idea what happened.”

The sorrowful mysteries of the drunk.