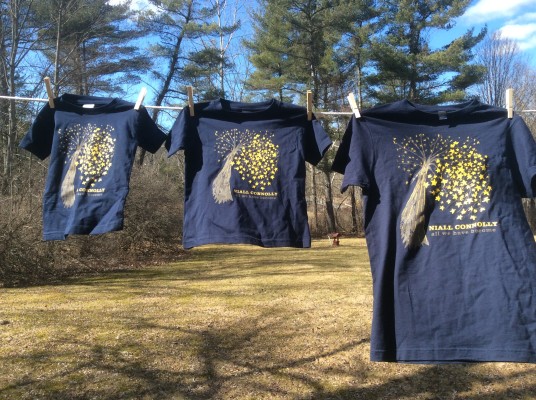 I am back on the road. Back in the skies. Honestly, I would have loved at least another week in New York, but professionally and musically this is exciting. Just over two weeks since I got back from the Paris to Budapest, a 6 week tour, I am out again for another month. This time in Ireland and the UK. In my time in US, I hosted two Big City Folk Song Clubs, played in Boston, East Durham, Brooklyn, Manhattan and Queens. I spent some time, not enough, with my ever patient wife. I got booked for two gigs opening for the Wonder Stuff. I tried to hustle to find gigs in the days after those. I tried to relax. I got pretty sick for a week or so. I heard a lot of infuriating radio. I read a lot of confounding, frustrated and frustrating social media posts about the elections, then shoved my head back up my proverbial ass and packed my bag and wondered how many CDs and T shirts I could squeeze into a 23kg bag, “a personal item” and a carry on item, the latter being mostly guitar.

My Two Weeks in USA

In Boston, last week I clashed with the Oscars. Ultimately, the oscars won, but I always extract fun from my gigs at Toad, Cambridge, and it was a blast. I tweeted a compliment about the Greyhound bus driver’s sense of humour, only to be immediately contacted my Big Brother Greyhound. In Manhattan, I played a solo gig in Rockwood Music Hall’s Stage 3 room. I played 9 unrecorded songs at this.

Afterwards I went to see Damien Dempsey in the Bowery Ballroom. I’ve played with him in Cork and NYC before and it was brilliant to see him on fire in the Bowery. There’s nobody like him. Live, Damien Dempsey is a man possessed and you’d have to be dead 200 years not to be moved by his performance.

In East Durham I played some mostly background music in the Shamrock House. Afterwards we hung out with some Irish people people and some Mexicans. One of whom told me about crossing the desert as a 14 year old, borrowing money to pay a coyote, risking his life, to get to the United States. Not to rape your daughter and sell drugs to your son, not even steal your job or smother your grandmother, no, his crime was he wanted his parents to have one less mouth to feed.

To the ultimate trust fund kid , the wishy, washy, clown contender, would be “prez”, I offer that story. Oh, you want to defend this country of immigrants, from immigrants? So the virtue of the self made man can be protected? From what? The virtue of other legitimately self made men, women and 14 year olds?

Mirror, mirror on the wall….

I watched a documentary about Rome. Bread and Circus. Empirically, some things never change. Coffee, Satin’s drink till the Pope agreed with the Muslims that it was a fine drink, and blessed it to spite them. That was news to me. Soldiers paid in salt, that’s where the expression “not worth your salt” comes from. I knew that  once but forgot. Pasta carbonara is a new dish that came about when US soldiers gave dried eggs and bacon to hungry liberated post war Italians. So this documentary story goes..

I also saw an amazing documentary about League of Ireland Football team Dundalk, ‘Once in a Lifetime: Dundalk F.C. 78/79’. A few days after the Mountbatten and Warren Point attacks in Northern Ireland, the border town of Dundalk played the Northern Irish side Linfield in the first leg of the European Cup. With predictable off the pitch results. I have to admit, if I ever heard about this, I forgot. The violence off the pitch was so horrific the game had to be stopped on several occasion. So bad, that the second leg of the game was played a 1,000 miles away in Haarlem ( the one in the Netherlands). The sense of calm and dignity of the players and management was very impressive. Dundalk won, and got through the next round against a Maltese side before being drawn against Glasgow Celtic. It is well worth a look for anyone interested in Irish soccer, or Ireland in the late seventies.

I was in Haarlem last month. I’ll be in Dundalk next month.

On my way to Belfast, in 2016, thankfully some things do change. There is great hope in that.

Cara  is the Irish Word for Friend

Cara is the Irish word for friend. It is also the name of the Aer Lingus in flight magazine. Fittingly, three people I am friendly with are in it. Including Jimmy from Cork’s independent record shop, Plugd. Jimmy sold CDs of mine and tickets for gigs myself and my friends organised for years when I lived in Cork, it was great to see him in getting some recognition in the magazine. I stopped into the shop’s “new” location in the Triskel last time I was home. It is really nice. Then I realised the article was written by Jo Linehan who went to Colaiste Stiofain Naofe too ( where I did my music course.) Jo also now lived in New York for a while too. There was also an interview with the Irish/ American comedian, Des Bishop. Des Bishop, as I am sure he has told you countless times, went to college with me. He came to my gig with MisterWives in Dublin last year and told me I should do comedy. My brother Dylan, said that was his best joke yet. 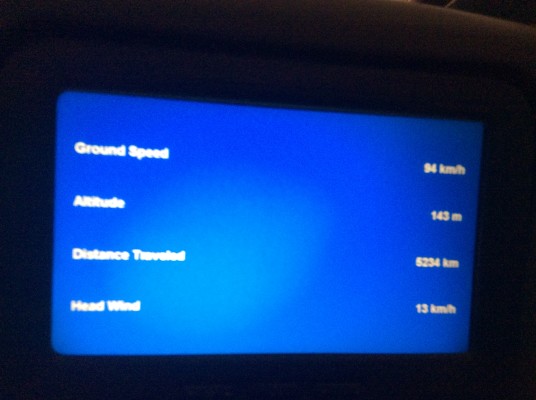 Can I go to sleep now?

“Cold enough”, “Breezy enough”, “Weather’s not great”, “Fairly dull”.
The precision of the pilot’s pronouncements on the weather in Dublin. I know exactly what he means. I wonder what the first time visitors make of this.

5.38am Dublin airport
I have survived another flight. I feel like my plane was full of mini Conor McGregors. Did he have a fight this week? Did he lose and get turned into lots of mini more mild mannered Conor McGregors? My initial research suggests the answer is yes to at least one of the above questions.

7.27am The Bus to Belfast
I haven’t slept. I think it was Margaret Atwood who described jet lag as the soul trying to catch up with the body. I am paraphrasing. She too may have been paraphrasing. Who’s taking care of the footnotes here?

I know I have been away from Ireland too long, when, I start to notice how green it is. It is fierce green.

There’s comfort in the familiarity of the voices on Irish radio on the bus.

Until I listen closer.

“The family of Daniel Hegarty a 15 year old boy shot twice in the head by British soldiers in 1972 refuse to accept the PSNI decision not prosecute the shooter.”

“Sir George Martin has died.” On hearing the Beatles for the first time, “I just thought they were interesting”

“ Aberdeen move to within a point of Scottish premiership leaders Celtic..” 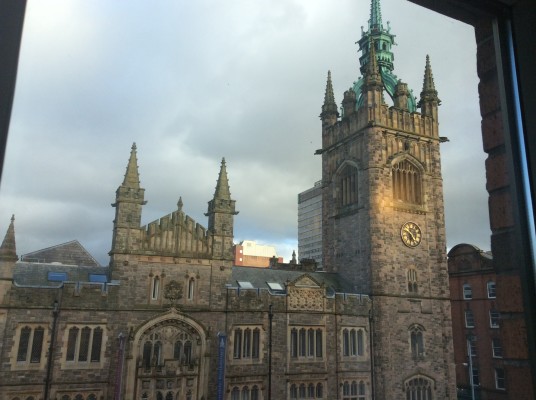 The view from Jury’s Hotel, Belfast

I am at my hotel but the room is not ready yet. I had been hopeful of an early check in. I am not sure this hope was grounded in reality. It’s rainy, then sunny, then rainy, then sunny outside. It’s consistently cold. Colder than my clothes. Colder than the New York I left yesterday. The receptionists all have great northern accents. None of their great northern accents are saying the magic words I need to hea

The woman who was crying in the corner has left. Perhaps she’s waiting for her soul to catch up with her body too.

I often wouldn’t be asleep yet at this point of a transatlantic trip. But I wouldn’t often be playing before the Wonder Stuff the same night. And. Calm. I am here and soon. I will be sleeping.

At 11.20am I find another hotel that will let me check in right away and ask for a refund. A room is suddenly ready at Jury’s. To be fair they are checking me in hours earlier than the standard check in time.

I slept for 2 hours. I am ready. Can’t wait to see Dan Donnelly tonight.