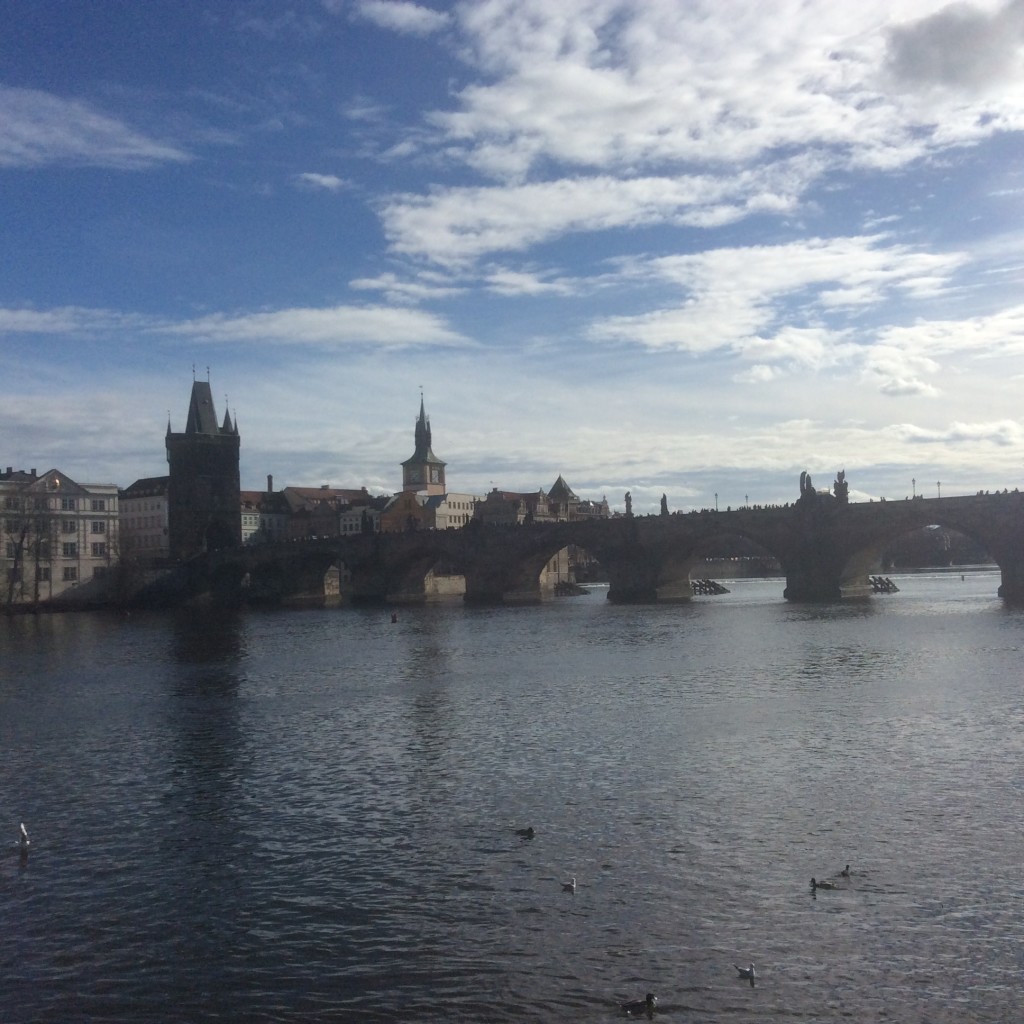 The train from Berlin to Prague is one of the more scenic routes I’ve taken in Europe. Clare slept off a bit of jetlag for a few hours. Later, our compartmental comrades, a Danish family with a Ukrainian matriarch, got chatting to us. I learned a lot about Russia,the Soviet Union, and Ukraine. I was also surprised to feel like I at least half understood a lot of their Danish conversation amongst themselves. Inna is a fountain of stories. She plays us some Georgian choral music. Her son plays us Lukas Graham ( the first Dane to top the UK Top 30 in 18 years, who was the last??!). The time flies by and soon enough we are back i beautiful Praha. Our first time there together. 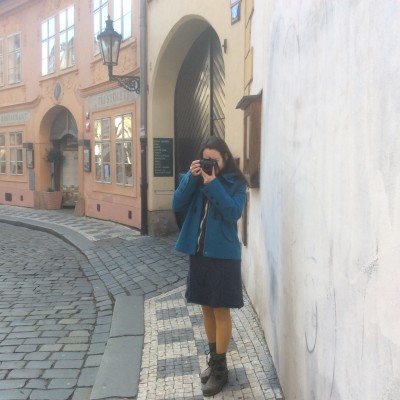 I have a pretty good map of Prague in my head, but as with many places, if I come out though a different train station exit than I intended, I get a bit thrown off. We had booked an airbnb apartment near Charles’ Bridge. We’ve used airnbnb a lot over the years and have done pretty well. This place is gorgeous. A UNESCO protected building, spitting distance from the bridge but old enough/ well built enough to be quiet and cosy. Really, anyone going to Prague, get in touch and I will pass on the information. 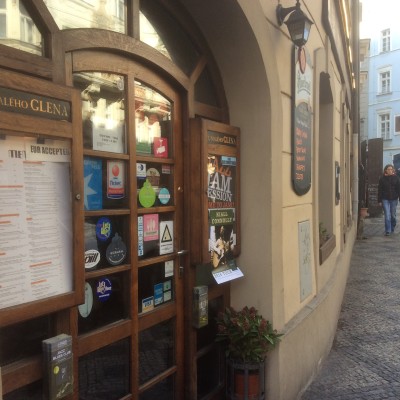 My gig had been moved from Saturday. I love Prague. I have been here a number of times over the years for the Prague Fringe Festival with the Voice and Verse as well as independently booking stuff at other times of the year. I could write a book about my multiple trips to The Fringe Festival with the Voice and Verse with Stephen Murray, Neil McCarthy, Dan Donnelly and David Rynhart. I could, but I won’t. Suffice to say,, we squeezed every drop of craic out of the festival. We were invited to perform at both the Irish and British Embassies there. One memorable moment took place on the lawn of the British embassy. A white suited, platter yielding, gliding, yet eminently serious waiter, offered one of our troupe, “A goujon sir?” only to be met with, “A goujon, a fucking goujon, for 800 years of oppression? G’wan so.” The Voice and Verse was a mixture of poetry and songwriting. We bounced themes and moods off each other. At its best, it was really, really special. ( I am hoping Neil McCarthy will join me for a portion of my set Thursday in Vienna.) The festivals were great for meeting performers from other genres and Theatre companies Paper Birds from UK and Fish Amble from Ireland in particular made lasting impressions on me. 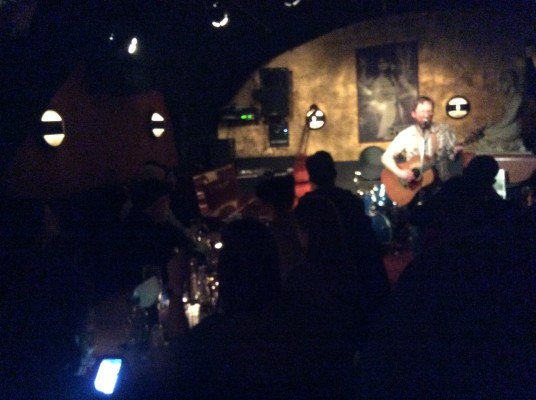 This time round I was a bit concerned about the date being changed from a Saturday to a Sunday and the Sunday being Valentine’s day. Still I had a full house and once again a bunch of old friends in the room. It was great to see Bara, Jindra and Cormac and Zuzana again.

On Monday I had a day off in Prague with Clare and we spent it slowly wandering around the beautiful cobblestone streets. We also stopped in to the Muzeum Karla Zemana, a museum about the Czech film maker and special effects wizard. It was really inspiring to see how he innovative and imaginative his work was, really, really amazingly creative. 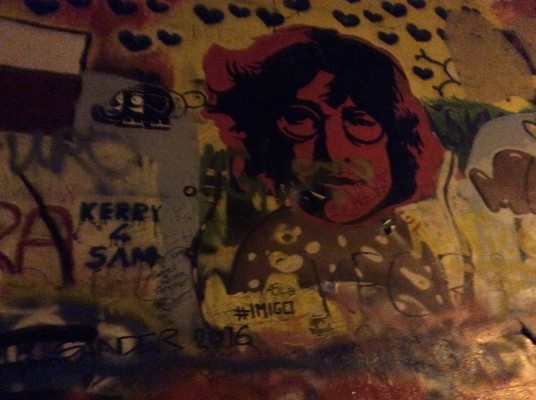 Kerry for the Sam – on the John Lennon Wall, Prague

My friend Bara, who runs her own business SushiQueen sent us a gift of a platter sushi. We sat in the courtyard of the tiny cafe beneath our apartment, sipping on a 30Kc beers and eating the finest sushi known to man. Not a bad day off. 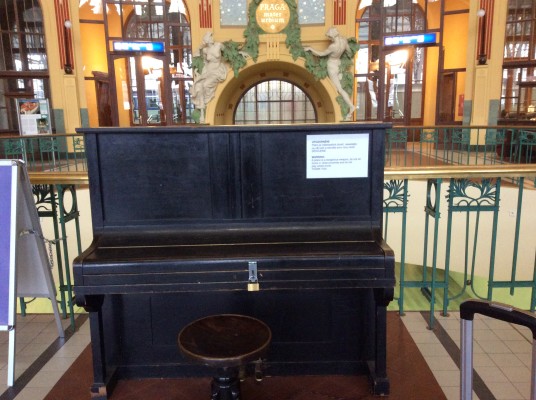 A piano is a dangerous weapon at Prague train station – zoom in for full warning.