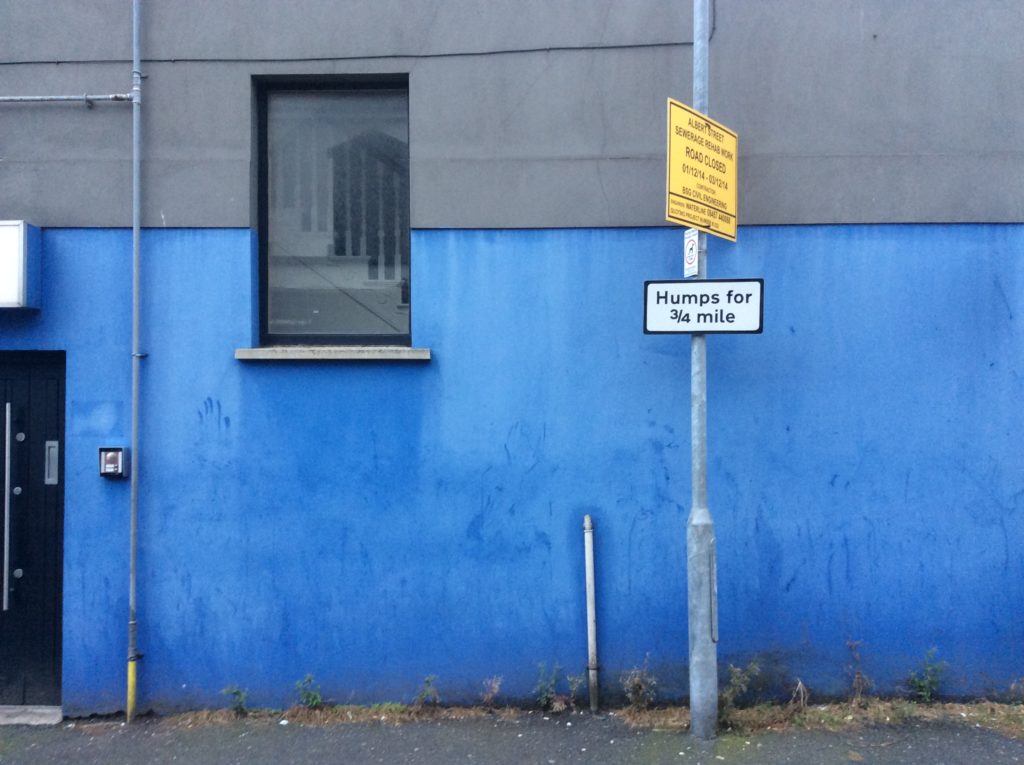 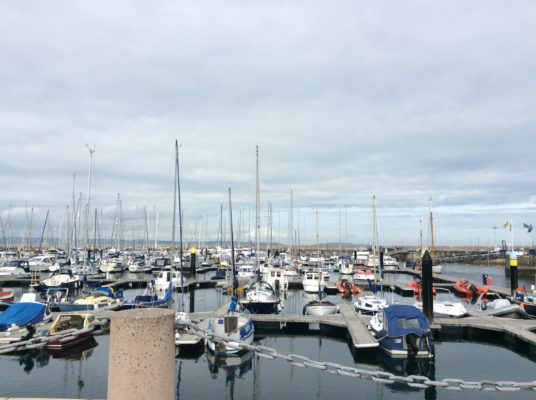 The sun rises over the eastern hills, casting an orange, then pink and purple hue on the blanket of clouds. Pre dawn man in Ireland. I am sleepy, I am home. Tuck me in.

Yesterday I was a at a wedding in Pennsylvania. Yesterday? A great wedding. We shouldn’t be able to travel this fast. As if to concur, the aircoach from Dublin airport to Belfast now slows to crawl for the early morning rush hour of wherever I am right now. In wherever I am right now town people are late for work, bringing grumpy children back to school, going about their own day to day, right beside me and a million miles away. I am discombobulated. (In need of a recombobulation area, last seen at Milwaukee airport.)

On the plane I watched a great documentary ‘Who is Dervla Murphy?’ About the Irish travel writer who best answers that question. She once cycled to India… from Waterford. On her own in the early 60s. That’s not the half of it. She seems like a great character. Note to shelf. ( Where I make reminders for myself of books to buy?)

Stuck in traffic. Chrishhhht I am tired.

My flip phone beeps and welcomes me to the United Kingdom. I know you mean well flippy, but it’s complicated.

Stephen Sloan and his wife Jackie, and Robert picked up me at Bangor station. It has been at least 15 years since I saw Robert. He used to run CD and Record fairs all over the country and I would work the door for him when he came to Cork. Spending my earnings on bootleg Nirvana and R.E.M. live tapes. Stephen used to work at these fairs and I met him again at the Wonder STuff Belfast gig on the last tour. I was pretty close to hallucinating stage of tired by the time I ot to Bangor. I should have slept on the bus but the sunrise and my jetlag hyper ( indie band name? My Jetlag Hyper?) kept me awake. Robert took me to his allotment on the way home. We passed a UVF mural at the entrance to the housing estate. My host assured me it was fine. Here beside ,’God Save the Queen’ murals and behind a chained fence, are maybe 30 vegetable allotments. Robert is growing strawberries, gooseberries, the biggest raspberries I have seen, as well as potatoes, carrots, shallots, cucumbers and green beans. We dug some out for dinner. The berries are easily three times the size of ours.
“Everytime you see a vegetable eat it” – Check. 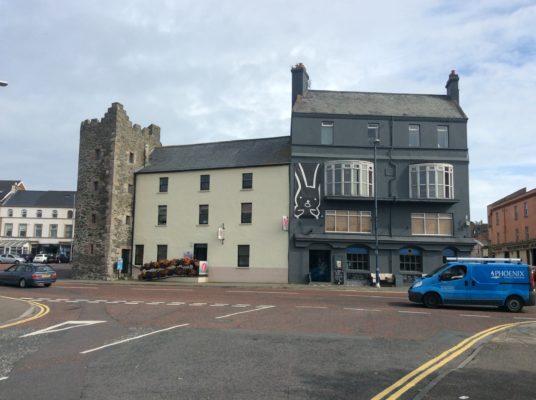 He also later told me that the compost bin I was admiring was made from pallets liberated from a UDA or UVF July 12th bonfire pile. “Northern Ireland is a bit mad”, he added. Robert is a retired insurance salesman so he has plenty of stories to back up this statement. Little surprises me these but I was amused to hear of people submitting protection expenses as tax deductibles and receiving receipts for bribes. I am told the UDA run a lot of the protection racketeering and bouncers in the bars, what comes and goes and who can find your stolen cement mixer and what it might cost you to use their services and what it might cost to not use their services, it is all alluded to.
I slept for four hours, did a few physical and vocal stretches, ate a great feast of pork and fresh picked vegetables and rhubarb crumble and headed out to the gig.

Aside from word of mouth, the odd mural and the occasional tattoo, allusions to a the town’s darker underbelly were largely out of sight to this singer. The Bangor I met was generous, charming and incredibly hospitable. A guy at the bar, a drunken former solicitor told me, “Music is a garden, music is poetry, thanks for coming back to this island.”

Another guy told me, “You’re from Cork? I Haaaaate Roy Keane.”
I responded to him with the same silence that I find equally effective in universal political disagreements. Why argue with someone whose mind’s made up?
( I am all too often five sentences into rant before I remember this…)

Ulster Says Wee
Everyone says “wee” before every noun. “Would ya like a wee bag”? Well, kind of. “There’s your wee receipt.”

The wee gig was lovely. It was in the back room of Fealty’s bar and though the wee room was small it was full and the wee crowd was extremely quiet attentive. I’d a great wee veggie breakfast at the Funky Penguin. Thanks Stephen and Jackie, Robert and Berry for looking after me and Stephen on sound. I definitely home to come back. 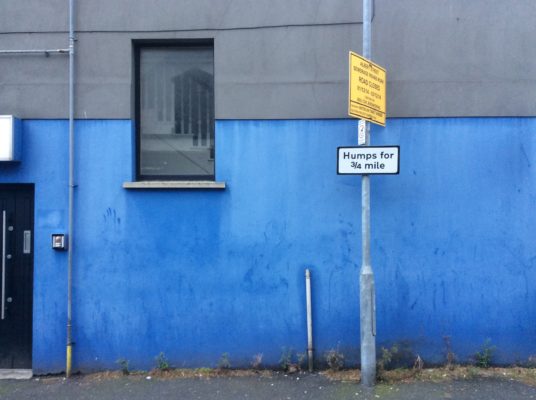 I am on my way back to Belfast and onward to Dundalk for tonight’s gig at the Spirit Store.