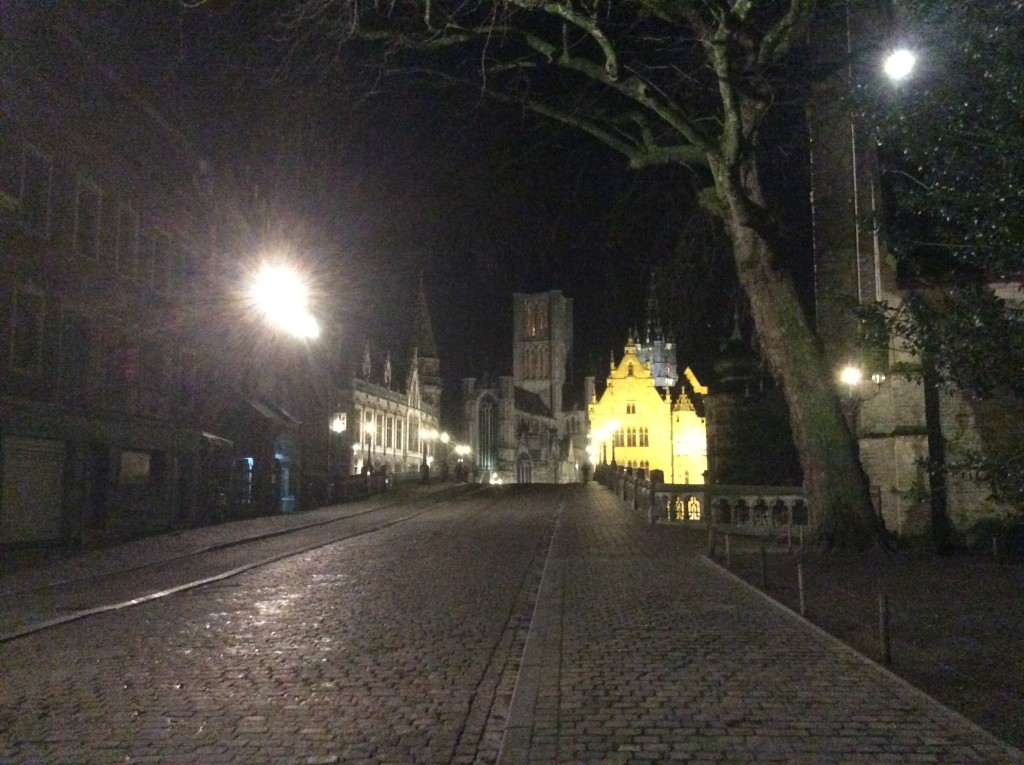 In my hurry to book somewhere cheap this morning I failed to read the small print. I entered something along the lines of “cheap private room” into the “I am watching you” machine, found one almost within budget, within walking distance of the train and venue, clicked, the “yeah, grand” button, and off I went to get on the train. As I mentioned in yesterday’s post the train, to a train to a train. As many repetitions as my average song chorus. It was only upon entering the building that I realised I was staying in an old monastery. This is something of a windfall. Though its echoing hallways and dim light did remind me of my school days.

Some readers may be surprised to learn my secondary school (That’d be high school ‘murka) was an all boys school. Not only that, it was also a seminary, where you would theoretically go if you wanted to be a priest. It was run by priests. I often joke with my wife that we went to school in different centuries. Clare in Stuyvesant in Manhattan, and myself in St. Finbarr’s, Farranferris, or Farna as it is widely known. Anyway, Farna is whole other book, and one I should probably leave to my father to write. He having taught there. The sounds and smells and light of this monastery brings me back there for a moment. 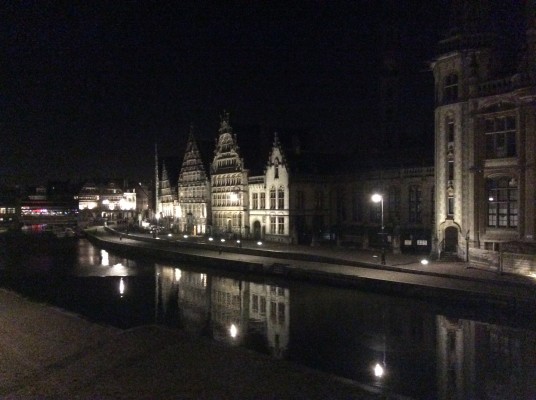 Gent is a beautiful town. Every bit as charming as many more popular European cities with the added bonus of far fewer tourists. In medieval times it was in size, second only to Paris. Founded in 630, its cobblestone streets, bridges, canals and castles really do give this visitor the sense of walking through history.

Tonight being my night off I am a tourist. Typing at the local Trappist drinking emporium ( sticking with the monk theme) I’d say I am a fairly irritating tourist. But fuck it, I tried to talk to the bartender and server and was met with that familiar, “I am not working for tips, I don’t need to pretend to give a fuck about you” face. Shallow and bullshit as it may sometimes be, NYC’s service industry has its perks for the customer. Equally, while also frequently shallow and bullshit, I realise why Irish bars are popular the world over. They are good places for a chat.

I’m back on the train, to a train to a train. The past few days in Gent, were really enjoyable. I Ieft you above, in the Trappist Bar. I tested my theory with a night cap at Celtic towers, an Irish bar close to the monastery. In the previous place I waited patiently at the bar only to be grunted at by the bartender, that I had to order from the waitress who in turn grunting, repeated my order to the bartender and came back to me, with an admittedly tremendous beer. 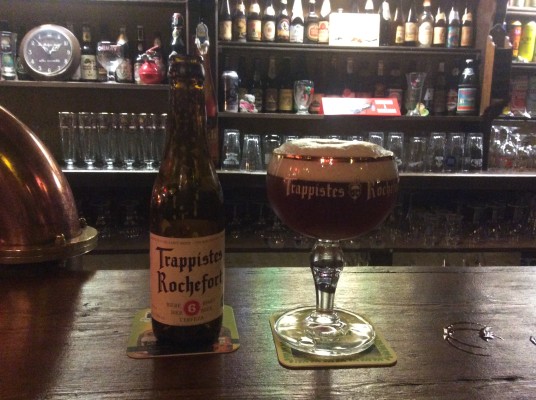 In Celtic Towers the bartender, Steve, is quick with the welcome and chat as are the few other patrons. After a day of solo travel, I welcome the bit of banter. Having satisfactorily conducted my sociological experiment I headed back over the bridge to the monastery.

The monastery being an old building, and well, formerly, a monastery, doesn’t have a typical hotel layout. I had what ranks as one of my finest Spinal Tap moments of this or any tour. I took the wrong staircase to the right floor. Normally one might reasonably expect that this would just entail a longer walk. In my search for room 206 on the second floor I wandered for a few moments. Coming to what I presumed was a hallway door, I tested the handle. Locked. Hmm. So, standing there, very tired and not unaffected from my sociological experiment, I contemplated my next move, “Where in name of God is room 206?”. Next thing the door to the now very definitely not a hallway opened. Revealing a fully naked 60 ish year old man on the other side. “What do you need?” he nakedly asks? “Uhm,” keeping my eyes firmly above waist level, I inform him of my existential quest to find room 206. “Ah”, says he, “Yes, you must go down again and up the other stairwell.” Adding, “Or you can just walk through my room”. I decide walking down a few stairs and up a few stairs is preferable to getting lost in the naked Belgian room. 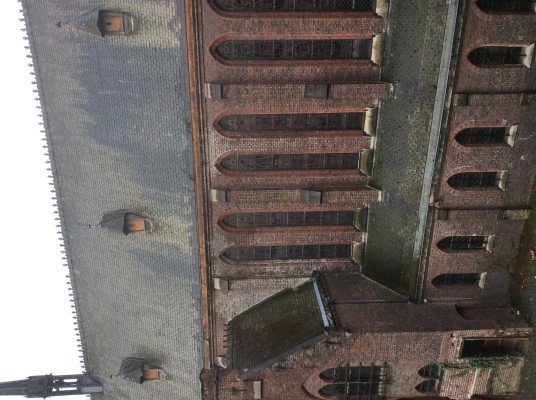 The view from monastery window.

Wednesday morning, waking up in my little monk cell with it’s tiny table, tiny bed and sink, I had one of those “Ha, that did happen!” moments as the dim light crept through the narrow window to meet my consciousness. I had a shower far too luxurious for a monk and headed out to see Offaly born songwriter, Daithi Rua for coffees and then on to his place to take him up on his offer to make a video. The sun came out and Daithi indulged my request that we walk rather than taking the bus. After the previous day of trains and sociological experiments, I needed the walk. I recorded a new song with Daithi. One that I wrote in Paris at the start of the tour. I will most likely share it here once it is ready.

The gig was at Café De Loge, and it really was an unexpected treat. Last time I played Gent it was really quiet. This time I had a full house, pin drop quiet gig (mostly, apart from two very drunk girls who to be fair were trying, and mostly succeeding to be quiet). I had a great time and did really well with Cd sales. I had a couple of exceptional beers with the owners Jos and Mieke and Daithi after the gig. Belgian beer really is worth the hype. I love the ceremony of it, each bottle with its matching glass. For the third time of this tour I am offered an Orval, which by now I know is a real sign of respect as it is a very rare beer. The demand far exceeding the supply, so that is essentially rationed to the venues.

Conscious of my early ish start and afraid of taking the wrong stairs I went home earlier than I might have liked to. Not a bad thing.