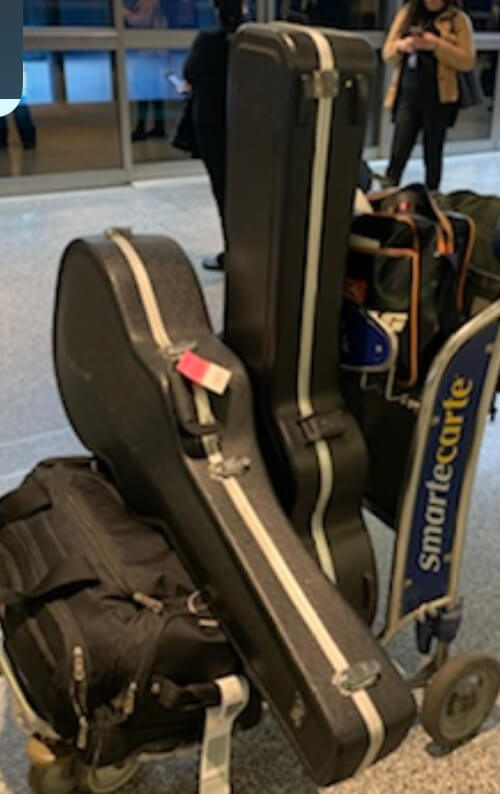 I’m back home after a great run of gigs with Mick Flannery. I’m slightly dreading the post tour comedown, so I’ve decided I’m not  going to bother coming down. Plenty more gigs in the coming weeks to help with that, including Rockaway tonight, Big City Folk Song Club at IAC Friday and back to Boston on Saturday.

I’ve known Mick for almost 20 years and it’s been very exciting to watch his craft and his career flourish. He has leant his audiences to me in Ireland, Germany and US. This was our first North American tour together.

Thanks so much to everyone who came out to gigs along the way. It was genuinely a great joy to get the chance to share some songs with you.

At the merch table many were looking for ‘A Cloud In Summer Sun /fuck it song’ , ‘ Everything’s Alright’ and ‘ Beautiful Life’. All of those will be on the next album which will be out sometime next year. In the meantime, I have shared some demos of some of them on my Patreon page.  I have also shared some live bootlegs of recent gigs there including a few of my sets on this tour.

VH1- Behind the Music with Connolly

Mick was disappointed we didn’t get a Philly Cheese Steak. The place we tried across from the venue had only one left. That could have lead to an early tour falling out. So we had none. The venue was an old cobbler store. On the way back from the gig Mick proposed some changes to ‘Beautiful Life’ song. I resisted the urge to resist and heard what he had to say. He had some very good suggestions. We played it the new way at the end of his set for the remainder of the tour. World domination is likely now just a couple of months away.

On the road from New York to Boston I was telling Mick a story about my late Uncle Desi who passed away in July. Desi was very good to me.  I told a story of how he had survived Vietnam, despite his whole platoon being lost. He survived because his brother fell off a roof in NYC during the Blackout of 1965. It’s a long story.  I met my wife, the mother of my child, through my cousin, one of Desi’s children. None of this would have happened if Desi hadn’t survived Vietnam.

Mick asked if I’d tried to write a song about this, we worked on that in the car on the way up.

Mick finished the above song and sang it in his set, ‘Out The Light’. I cried when I heard it. I drove the rental car home to our house upstate after the gig. I managed to narrowly avoid hitting the suicidal dear that ran in front of us on the way home. This was perhaps my greatest achievement on tour.

The Parlor Room is magic. I loved it. The building was also home to the record label Signature Sounds.  Afterwards we played pool in a dive bar. I did not win any of the pool games.  There was a hurley on the wall by the door. We stayed in hotel at the edge of town.

Incredible venue. Go. Where ever you’re coming from, it’s worth the trip. We  stayed in their house. Part of the house was built in 1690. Making it the oldest house I’ve ever stayed in on this continent. This was best gig for merch for me.

Afterwards we went to nearby Cameron House . I played there over ten years ago and was pleased to see posters on the wall for some Canadian acts I played with in the past. We saw Doghouse Orchestra play. We couldn’t have happened upon a better band to see to celebrate the end of the tour. 8 musicians crammed onto a tiny stage, belting out tunes with a furious joie de vivre.