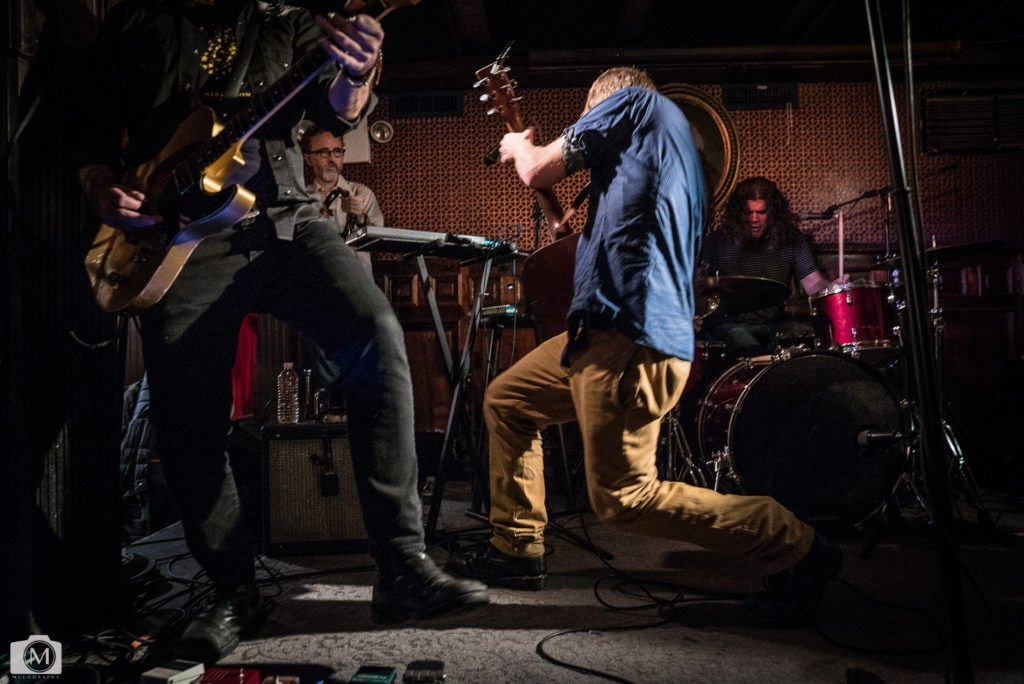 Sunday October 9th, 2017 – East Durham, NY
Travel confuses me. I think it was Margaret Atwood who said jetlag is the soul trying to catch up with the body. I’m paraphrasing. If she said it she said it in much more Margaret Atwoody way. I’m over the jetlag. But it is still baffling to think it is only week since we played Secret Song at Levis’ in Ballydehob. I’m upstate now. I’m happy to be here. It is muggy outside but our house is quite cool. I am off tonight and I am looking forward to trying to do nothing.
We had the Brooklyn leg of our album release party at Union Hall on Friday night. (Union Hall the venue in Brooklyn, not the West Cork town that gave us fresh fish and Neil McCarthy.) I knew the band would be tight and I was excited to do a post Irish gig on tour. However, I didn’t have the highest hopes for turnout. I was pleasantly flabbergasted that we had a full room of great people and a really great atmosphere. August Wells unfortunately had to cancel as openers, fortunately Warren Malone stepped in. He did a great job and was joined by Taylor Carman on mandolin for “I carry my name”, that mightn’t be the name of the song. It is my name for the song though.
The band did great. I called Warren up to sing and play guitar on ‘Brooklyn Sky’ , E.W. Harris to sing on ‘Skin and Bones’ and Don Paris Schlotman to play guitar on ‘Jesus is Coming and I can’t Pay the Rent’. Someone always gets called for that now so I can run around the room and make people feel vaguely uncomfortable. Or lie down on the club floor and try to pick up chewing gum with my back. If you haven’t tried singing while lying on your back on bar room floor, sober, I say give it a go.
I think this ‘move’ is inspired by the Sultan’s of Ping’s  ‘Turnip fish’. If you know what I’m talking about, you know, if you don’t, investigate,it may contextualise much of Cork’s oddities. Or it might just be a man, on his back, on the floor singing.
I want to thank my friends Lara and Amanda for helping sell CDs and posters on the night. 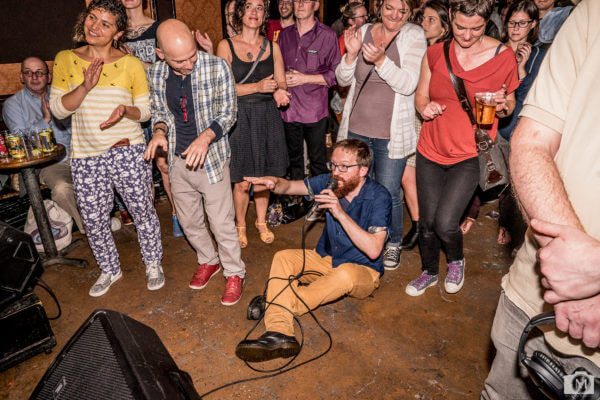 In a managerial decision that can at the kindest, be described as “flawed” I had a Saturday morning gig at the Farmer’s Market in Saugerties, just outside of Woodstock. I like this gig. Very nice people, good souls and zero pressure. Normally. How and ever when you have an eleven am gig, three hours drive away, the morning after a record release, the pressure can try to find you. Still, I was on a high from the night before and Clare very kindly/wisely agreed to drive so it was okay.
I was stationed next to a man named Deacon who was manning a stall selling organic meats and egg and cheeses. Deacon said of their farm, “we like to say our animals have only one bad day in their lives.” Last time I played we bartered some magnificent cheese for a CD. He said he’s listening to ‘All We Have Become’ countless times in his truck. This time I updated his Connolly collection for some more fine cheeses.
Random fact I learned from Deacon at the Saugerties Farmers’ Market:
Predators are afraid of donkeys. Apparently farms in upstate New York frequently buy a donkey for their land, as coyotes are afraid of donkeys.
You’re welcome. 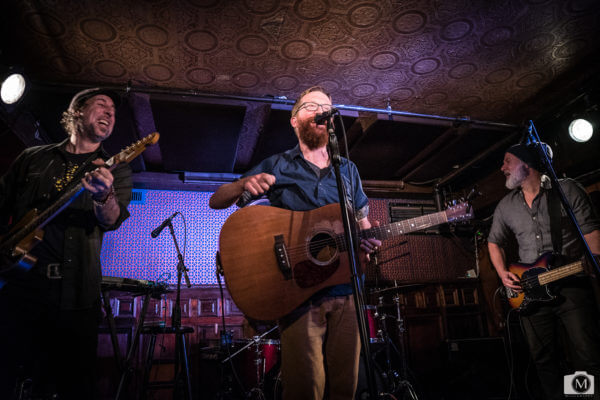 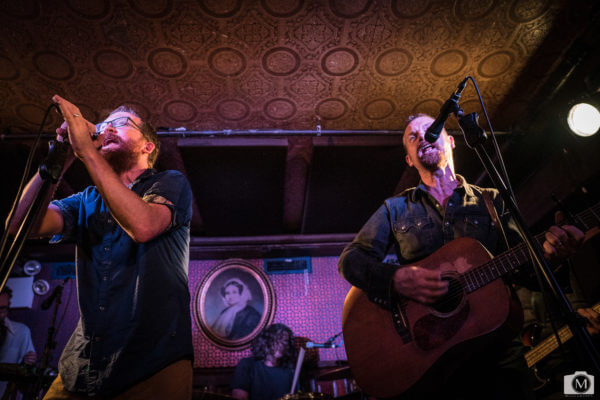 Also at the Farmers’ market a boy called Jasper told me that his dad plays guitar too but that I am better. I’m putting that on the review section of my website “You’re better than my dad at guitar” – Jasper aged 8.
We headed up to East Durham for a nap and before heading back to the Colony in Woodstock for a gig opening for Maria Muldaur. Maria Muldaur is, I am told about, 75 years old. She has released 40 albums. ‘Midnight at the Oasis’ being her biggest hit. John Sebastian of Lovin Spoonful joined her on guitar and harmonica on several tracks. She was phenomenal and hugely inspiring. The musicianship and energy was world class.  Our set went down well and I sold a good amount of CDs and received a lot of very specific praise from some people.
The Colony is really an exceptional venue. It was recently refurbished and reopened by Neil and Lex who are two serious music lovers and great supporters of live music. The whole team there have done a great job. The sound was excellent and they treated us really well. Thanks to Jim from Kansas for hooking us up with this gig.
Before the gig we had a surreal conversation with the Kazoo Lady who is to the Kazoo what Sticker Dude is to Stickers. In fact I bet they know each other? Sticker Dude, do you know the Kazoo lady? 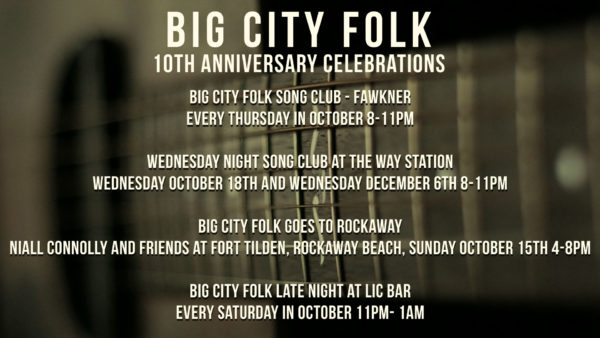 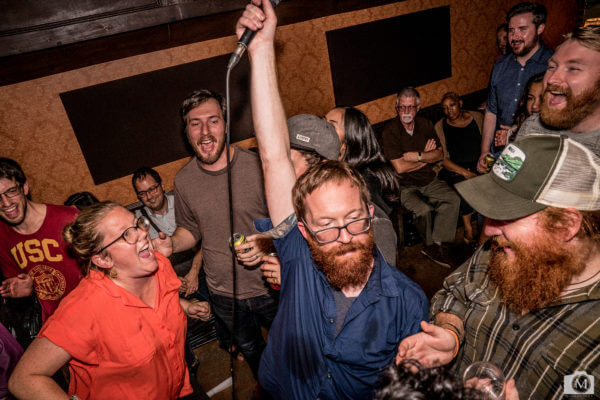